Move over for e-bikes: Interior secretary’s order allows the electric motors on non-motorized trails on BLM and other lands 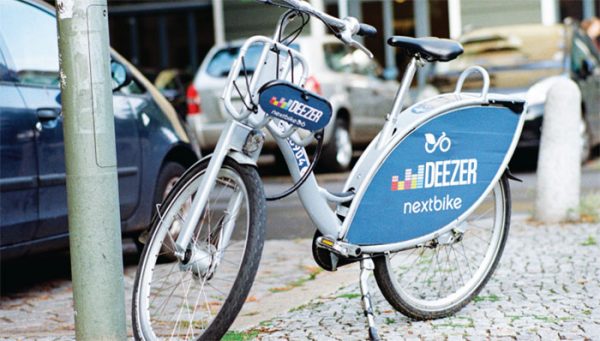 The relentless march of technology is causing a new concern on public lands – the rise of e-bikes.

On Aug. 29, Interior Secretary David Bernhardt signed an order essentially opening many non-motorized trails on public lands to the motorized electronic bikes. The decision pleased some fans of e-bikes but infuriated a number of environmentalists, who say it was sudden and allowed for no public input.

The order has also created a great deal of confusion about what precisely it means and when it takes effect.

On Sept. 25, members of the Southwest Resource Advisory Council, a citizens’ advisory group to the Bureau of Land Management in Southwest Colorado, listened to a presentation on e-bikes and wrestled with some of the issues that have arisen from Secretarial Order 3376. The order applies to lands under the jurisdiction of the BLM, National Park Service, U.S. Fish and Wildlife Service, and Bureau of Reclamation.

The order gives the agencies 30 days to come up with a public policy about how ebikes can be used on their lands.

Asked whether there would be a NEPA (National Environmental Policy Act) process followed, which is standard procedure, BLM Colorado Southwest District Manager Stephanie Connolly said the agency does not have guidance on that yet.

“There will probably have to be some type of rulemaking because the e-bike official definition is that it’s motorized,” she said. The order said agency officials are to develop guidance, she said, “but I think the assumption is they want the default to be that e-bikes are mountain bikes. I think there will be additional discussion [at the RAC’s meeting] in December.”

The U.S. Forest Service, which is under the Department of Agriculture and is not affected by the order, currently continues to say e-bikes are motorized vehicles.

The order provides that e-bikes will be defined as “low-speed electric bicycles” and those allowed on the lands governed by the agencies must fall within one of three classifications.

Class 1 e-bikes have a motor that provides assistance only when the rider is actually pedaling and will stop assisting if the bike is going 20 mph.

Class 2 bikes have a throttle and a motor that can propel the bike by itself, without pedaling, but that also stops assisting out at 20 mph. Class 3 bikes provide assistance only when the rider is pedaling and cuts out at 28 mph.

Order 3376 states that its purpose is “to increase recreational opportunities for all Americans, especially those with physical limitations. . .”

But the idea of classifying bikes with motors as non-motorized raises a slew of questions. Among them, Christenson said, are:

Agency officials also say enforcement of any restrictions involving e-bikes is difficult. The motors are now so small that those bikes are difficult to distinguish from nonmotorized ones. And it’s also not easy to tell the three classes apart.

“We have been thinking about e-bikes for several years,” Christenson said. “Sales have been going through the roof in Europe.”

Members of the RAC took a ride on Class 1 e-bikes the day before the meeting, in order to familiarize themselves with the issue.

“Obviously I can go faster on that thing than on my regular old mountain bike,” commented John Justman, a Mesa County commissioners who is on the RAC. “I can see where it would be very attractive. But I’m not sure every place can handle the huge crowds we’re going to get.”

Renzo Del Piccolo of Colorado Parks and Wildlife, area wildlife manager in Montrose and another RAC member, agreed, saying he believes it is too late for the public- lands agencies to make changes to manage the situation.

“The horse, the cow, and the pig have left the barn. It’s a wave. I’m not sure we can pull it back,” DelPiccolo said.

He compared the rise in e-bikes to the way that archery equipment has become more and more technologically sophisticated. “We kept wanting to make archer hunting primitive. It just keeps ratcheting itself up,” he said.

“It’s a really slippery slope that we’re headed down. CPW has a lot of concern about it.”

There are areas such as Eagle, Vail and Carbondale that are seeing drastic decreases in deer and elk populations, DelPiccolo said, and increasing trail density and recreational uses are a factor, though there is not a clearcut cause and effect.

Outdoor recreation has been touted as a low-impact use of public lands, but it certainly is not without some impacts, particularly on wildlife.

An August article in The Guardian magazine says there used to be a herd of more than a thousand elk near Vail, but biologists saw only 53 in the same area in February of this year.

Trail use in the Vail area has more than doubled since 2009 and recreationists are on the trails nearly 24 hours a day, every day of the year, according to the article.

A retired wildlife professor from Colorado State University did an experiment on radio-collared elk and found that if elk mothers were disturbed seven times during calving, about 30 percent of the calves would die. If they were disturbed 10 times or more, ALL the calves would die. The theory is that the mothers run from people and their dogs and the young are weakened by the stress or by the mother, also stressed, producing less milk.

But RAC member Mark Austin, representing OHV users, pointed out that although e-bikes make a difference if a rider is going up a grade or hill, the cyclists still have to put in some effort.

“You still have to pedal,” he said. “But going uphill is less painful. But coming downhill those bikes stop you. You want to go faster and they stop you at 20 mph. We felt that [speed] governor kick in.” He said e-bikes will allow people who aren’t the fittest and people with disabilities to go further. “Those e-bikes have opened up possibilities.”

Many fans of e-bikes have said they allow people who aren’t as fit as other friends or family members to now enjoy biking with their loved ones.

Del Piccolo said the governors on e-bikes that limit their speed could be subverted. “If speed is an issue, I am told the governors are easily manipulated.”

DelPiccolo said some GOCO lands are limited to non-motorized users. “Some had stipulations and were contingent on that.”

“That’s why I’m hoping I can maintain some local discretion,” said Connolly. She said the rulemaking process will be important.

RAC member Tif Rodriguez, who represents wild horses and burros, commented, “To me it is a motor. It is a motor vehicle. Avenues already there for the disabled to get out. It’s a motor. I don’t know how we can wipe that out.”

There are many who share that opinion. “A motor is a motor is a motor,” said Michael Carroll of The Wilderness Society during a phone interview with the Four Corners Free Press.

“If you look at the specs on any e-bike and it runs through the things that are included, there’s a line that says ‘motor’ and has a power ratio, so arguing that these are somewhat not motorized is an Orwelian exercise. Just because they’re peddle-assist doesn’t change the fact they’re motorized.”

Carroll, who is based in Durango, also spoke during the public-comment portion of the RAC meeting.

He told the Free Press that the secretary’s order isn’t solely focused on Category 1 bikes, but wants the agencies to allow for use by bikes in all three categories. “Category 3 goes up to 25 or 30 mph. On a trail that is easily the fastest thing on that trail. The impact on the experience for trail users is significant. It hasn’t been looked at. There was not a large public-comment period on this.”

While e-bikes are great for the community on paved trails, he said, the secretarial order creates a mess on backcountry trails.

He said the intent of the Trump administration is clearly to accommodate an industry that supports expanding motorized uses on public lands.

The administration, he said, “has prioritized industry over the local person’s view. There were conversations for a year solely with e-bike advocates while no one from the trail community was invited. That’s how they’re managing public lands, period.”

The industry association for e-bikes includes companies such as Harley Davidson and Yamaha, Carroll said. “Why are they advocating for them? Because it opens the door to motorization in the backcountry.

“We believe this is the end of non-motorization on backcountry trails except in wilderness.”

Other critics have raised the same issue, saying this decision could lead to allowing electronic motorcycles and snowmobiles on trails as well.

A number of cycling organizations are also opposed, he said, “because the cycling community has worked for years to try to distinguish itself from the motorized community. This decision just lumps them all together again.”

He said the BLM has been “cautious and thoughtful” about adopting the change. Even their own staff has differences of opinion on what precisely the order means, he said.

Carroll said travel-management conflicts will increase because of the order. “If the intention was to alleviate management conflicts and clarify, it’s actually achieving the opposite and you don’t have to look further than Durango,” Carroll said. Trails in the Animas Mountain area near Durango have been proposed for opening to e-bikes. But most access to those trails is through county and city trails which do not allow e-bikes, he said.

The Wilderness Society and other groups will challenge the decision, he said.

“We believe the trail regulations prohibit this. BLM’s own regulations state clearly that e-bikes are motorized, so this ignores the law, and not doing a public process around that doubly ignores the law. This is a bad decision all the way around.”

The BLM Tres Rios Field Office is trying to incorporate the e-bike issue into its travel- planning process in order to take public comment.

“When the secretarial order came out, we felt that was an opportunity to get comments with the analysis,” Clementson said at the RAC meeting.

“We want to get the message out to the people to comment on it. There’s a lot of conflict between the purists and the folks who are excited about e-bikes.”

The BLM Tres Rios Field Office has released an analysis of a proposed plan
to designate and manage roads and trails on approximately 100,000 acres of
BLM-managed public land in Archuleta, La Plata and Montezuma counties.
This plan will guide travel management for a network of roads and trails and
provide recreation opportunities for the public.

“Recreation and public land access are important to the community, whom
we want the community involved in the planning,” said Tres Rios Field Manager
Connie Clementson. “Public input is essential for designing a travel system
that provides appropriate access to and across public lands for recreation
and other uses.”

The release of the draft environmental assessment (EA) opened a 30-day
public comment period, which ends on Oct. 21. Comments must be submitted
through the BLM ePlanning site at https://go.usa.gov/xE6ZU or via mail to
the BLM Tres Rios Field Office, Attn. Keith Fox, 29211 Highway 184, Dolores,
CO, 81323. The draft EA and associated maps are available on the ePlanning
site and at the Tres Rios Field Office.

In 2017, recreation activities on BLM-managed lands generated $618 million
and supported 5,043 jobs in Colorado. Annually, the Tres Rios Field Office contributes
more than $94 million to the local economy with more than 3,000 jobs
tied to public land management in Southwest Colorado.