Planning – whether it be for land use, oil and gas development, economic development or roads – is the key to a bright future for Montezuma County, according to Paul Young.

The independent commission candidate, who is competing against incumbent Gerald Koppenhafer as well as independent Alfred Hughes, is calling for planning in all sorts of areas.

If elected, Young hopes to encourage planning in regard to energy development in the county, in particular for when carbon-dioxide and natural- gas revenues dry up.

“I have no idea where it would go to, but I think we need to sit down and say, ‘Hey, how many years will this energy last? How many years do we have as far as the tax revenues?’ 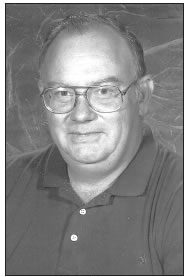 “We know energy at the present level is here for 20 more years. We think it’s going to escalate maybe in the next year but after that, will it hold steady?”

Young would also like to see residential- growth projections and a look at the big picture.

“What are the projections for the demographic makeup of this county in five, 10, 25, 30 years? We need some experts in to help us project that. That’s the type of thing that has to be done.”

“We need to project the future and plan for what’s projected,” he said. “That takes a lot of masterminding.

“I would like to see the commissioners get everybody that works for the county together and take about two days and identify where they’re at and where they’re going and get the input from those people.”

Public input would be important too, he added.

He envisions a two-day strategic planning session where new ideas would be welcomed. “You can put the most brilliant, most educated people in the world together and someone else can come along with a great suggestion,” he said.

Young said economic development is probably the second-biggest issue facing the county in the near future. “Planning and zoning is the No. 1 issue in my opinion,” he said. “That’s the issue the county’s been sued over. We need to address that and see where are we going to go.”

He said the county needs to listen more to its planning commission. “I know members of that board and there’s some good minds on it,” he said.

Young doesn’t think the county land-use code needs to be thrown out in favor of a completely new plan, as some have said, but he believes it needs revision. “It certainly needs to be worked with constantly,” said Young. “Every document you have needs to be evaluated on a regular basis.”

Although he believes in planning, he isn’t certain about the wisdom of creating a land-use plan for the Mancos Valley as was done for the Dolores River Valley. Some people have called for having a half-dozen or so special land-use plans for specific parts of the county; those special sections would then be incorporated into the county’s overall code.

Young believes the Dolores River Valley planning effort “didn’t involve everybody” and “there’s been some real issues over that.”

“If there’s a Mancos Valley plan, the people need to be well-represented,” he said. “And it needs to be part of the county plan. If this is like seceding, I don’t think that’s right.”

Young, who once worked as the building inspector for the town of Mancos, does not believe in adopting a mandatory residential building code throughout the county. “The voters have spoken on that [in a previous election] and I support the voters,” he said. “If I’m commissioner I will support the voters.

“I understand the UBC and IBC and plumbing regulations, and those are very good.” But current mandated inspections, such as the state-required plumbing and electrical inspections and the countywide building code for commercial/industrial buildings, are adequate, he said.

Young said another important issue for him is working to improve relations between the county and the local municipalities. “Sometimes the county and the towns didn’t get along so well. I’d really like to see that corrected. I’m kind of a peacemaker guy.”

Young, who will turn 58 on Oct. 13, is married with three children and three stepchildren. Born and raised in the Denver area, he grew up in a family with a musical flair. “My grandmother’s porch was just like you used to see on ‘Hee-Haw’,” he said. “I still have my granddad’s fiddle. I play guitar, and my mother plays piano by ear.”

He came to Montezuma County in 1997 to be executive director of the nonprofit San Juan Bible Camp north of Mancos. That gave him experience in leadership as well as in dealing with a plethora of government regulations regarding child care and other topics, he said.

Young has had a varied career, including teaching auto mechanics at the Community College of Denver and coaching track and field for the past three seasons with Dolores High School.

Most of his life, however, he has been self-employed, he said. “I’m self-employed now as a Realtor. I’ve owned an auto parts store, owned a service garage. I’ve had success in several business.

“I’ve never run for political office before, but I’ve studied the office and I know I could manage it.”

Unlike Hughes, Young does not have strong criticisms of the current commissioners in general or Koppenhafer in particular. “I commend them for balancing the budget. They lost a couple lawsuits but I don’t know that it’s any fault of their own. Almost every county across the state has been sued by citizens, and the citizens won.”

The county has been heavily criticized for the way the commission meetings are conducted. The commission room is too small to handle the large crowds that turn out for some public hearings, and it’s difficult to hear the commissioners. Young said the facility is indeed inadequate at times, but the commissioners are addressing that.

“Some people would like it to happen yesterday, but I think the commissioners are going to make the wisest decision they can regarding a sound system. Having grown up in a musical family, I could probably help them with that – I know about sound systems.”

He likewise was dubious about calls for the county to have public hearings at the annex building instead of in the courthouse.

“Unless you have a portable system and portable files and documents, logically it’s tough to move to the annex building. You have to have access to legal records and things like that..”

Young said he did not decide to run for commissioner out of any “personal vendetta,” but because the idea had been “testing my mind” for about four years. “I just think I’m a good manager and wanted to try for the job.”

Young said he does not believe Koppenhafer has done a bad job as commissioner.

“I just think Dr. Koppenhafer needs to be a veterinarian and I need to be a commissioner.”