A key voice in the Harlem Renaissance

Nella Larsen was born Nella Walker, in Chicago on April 13, 1893, to a Danish mother, Mary Hanson. Her father, Peter Walker, was a black West Indian. Whether her father died or simply left a Chicago that was becoming segregated is uncertain, but he left her life when she was 2. She knew little of him. 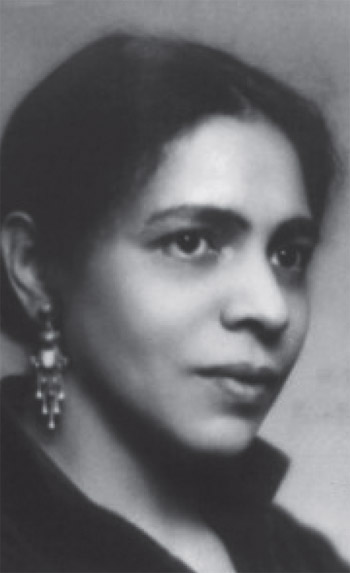 Her mother raised her and eventually remarried a Danish man, Peter Larsen. Her stepfather disliked her and resented her color. She had a half-sister, Anna. Nella was thrust into an all-white environment in Chicago, where students were primarily from Germany and Scandinavia. She felt like an outcast who fit nowhere, even at home.

In 1907 she moved to Nashville, Tenn., where she attended high school at Fisk University’s Normal school, in a teacher training program. This was her first real introduction to a predominantly black environment. Her attempts to assimilate were difficult and awkward. At Fisk, she was still separated by her background and life experiences from most of the students, who although black, were from the South, many descended from slaves. Biographer George Hutchinson noted that Larsen was expelled from school for a violation of Fisk’s strict dress and/ or conduct codes.

She traveled to Denmark and lived for a few years with relatives there, where again she was the unusual one, being of mixed race. She claimed to have a few good memories of that time in her life but still struggled to find a place where she belonged. Back in the U.S., she enrolled in the Lincoln School for nurses in the Bronx. In 1916 she graduated with the equivalent of a registered nurse’s degree and earned the second highest score on a civil service exam. She was hired by the city’s Bureau of Public Health as a nurse. She worked in the Bronx through the 1918 flu pandemic.

Here she met Elmer Imes, who was the second African-American to receive a Ph.D. in physics. They married in 1919. The Harlem Renaissance was just beginning to take shape in the 1920s and Larsen and Imes belonged to a large circle of black intellectuals that included W.E.B. DuBois and Langston Hughes.

In 1921 she was assisting at the New York Public Library as they prepared for their first exhibition of African-American artists when she realized that she had a passion for art and literature. This resulted in her enrollment and graduation in the library’s teaching program, run by Columbia University, and she became the first African-American graduate and passed her certification exam in 1923. She worked at the library as a children’s librarian.

In 1925, she took a sabbatical for reasons of health and began to write her first novel. She became a writer active in Harlem’s interracial literary and arts community, publishing two books. While they were not financially a great success she did receive significant critical acclaim.

Nella Larsen received a number of awards for her writing and in 1930 she was the first African- American woman to receive a Guggenheim Fellowship for creative writing. She, along with her contemporary, Zora Neale Hurston, is considered to be one of the most important female voices of the Harlem Renaissance.