A powerful voice against slavery

Josephine Sophia White Griffing was born Dec. 18, 1814, in Hebron, Conn. Her father was Joseph White Jr., a representative in the state legislature. Her mother was the sister of portrait artist Samuel Lovett Waldo. Very little is actually know of Josephine’s early life.

At the age of 20, she married Charles Griffing and they settled in the town of Litchfield, in northeastern Ohio. They had five daughters, three of whom survived to adulthood. 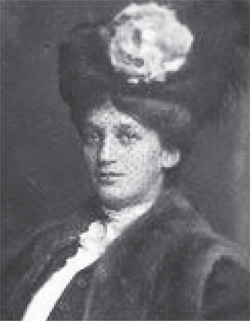 She became involved with some radical organizations while in Ohio. By 1849 Josephine was a passionate member of the Western Anti-Slavery Society and by 1851 she was traveling around the country for this organization. Her platform was “no union with slaveholders.” She became one of the most vocal and prolific anti-slavery lecturers in the region.

Charles and Josephine’s home became a stop on the Underground Railroad. Throughout the 1850s she lectured against government and slavery in Ohio, Indiana, and Michigan. One of her lectures, in 1858, clearly showed her passion and commitment to freeing slaves:

“Impatient are we? There is a power which crushes our brothers into dust and mocks at God’s authority. And we are impatient because we wish to have the rights of the slaves restored, because we wish them to be developed by intellectual culture, because we would have them enjoy the social relations, would restore the husband and wife to each other, give back the babes to the mother…”

In 1864 she relocated to Washington, D.C., working with the Freedmen’s Bureau, assisting the newly freed slaves as they streamed into the city by the thousands (one estimate was 20,000 people). They were hungry, sick and tired with no means of support or shelter. As a woman, with no voice or vote, she had to petition Congress to gain permission to do this work, which they finally granted.

She wrote to William Lloyd Garrison:

“I have seen them in every condition of want – from their first landing, sitting in the sand, with their babies hovering round them, without shelter or bread, through all the varieties and grades, up to comparative comfort and independence. I conclude, without hesitation, that with assistance from Government, in protecting them against the control and the frauds of any and all who wish to usurp authority over them in regard to their homes, labor and children, this independence is their proper status of rights and duties, and the only one that will give them satisfaction, and secure their confidence in our Government and people. Indeed, I am astonished at the self-reliance and thrift they possess under these insurmountable difficulties.”

In addition to her work for the freed people, Griffing was a women’s rights activist. She became very involved with women’s rights organizations, making contact with women who would inspire her to fight for the rights of women as well as African Americans.

Excerpts from a letter written by Frederick Douglass regarding Josephine: “…Mrs. Griffing was a woman of more than ordinary intellectual gifts and literary attachments. She, for many years, addressed public meetings upon the subject of the liberation of the slaves, and in 1865, at the close of the war, removed to Washington, DC, devoting the remainder of her life to the care and interests of the freed people. Her labors in Washington consisted in securing the first food, shelter, and clothing for the many thousands of freed people who flocked to Washington after the emancipation, the greater number of whom were from the adjoining states, although, later, many came from the states further south. Through the assistance of Secretary Edwin M. Stanton, she secured condemned barracks for shelter, army blankets, and army rations and wood for the old and sick…”

Margaret “Midge” Kirk is a slightly eccentric artist, writer, bibliophile, feminist scholar and hobby historian who lives in the southwest corner of Colorado. She can be reached at eurydice4@yahoo.com, or visit her website www.herstory-online.com.