Editor’s note: This is an opinion column, not a traditional news interview.

Lifelong resident of Montezuma County Joel “Joe” Stevenson is running for county commissioner from District 3, which encompasses the town of Mancos and surrounding vicinity. All county voters will be voting in this race. 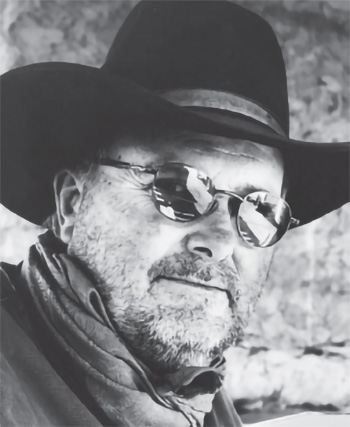 Those of us involved with agriculture know Joe through his job as the brand inspector, are well aware of his qualifications to serve the people of Montezuma County as a Commissioner. His reputation for hard work and trustworthiness is a given. Citizens who aren’t involved with ag, or are recent residents, may not know this quiet man from Mancos. Joe agreed to an interview with me in early August, so I want to thank him for honoring that word, even to the point of declining to be interviewed by the Four Corners Free Press in the September issue.

Joe comes from a long line of people who know commitment. His great grandfather hauled freight from Pueblo into the Mancos Valley and settled a homestead in the 1880’s. His grandfather fought in World War 1 and his father served in World War II until a land mine sent him home. Joe’s mom went to work to keep the family solvent and the farm work fell to the siblings. That, and a lifetime of experiences of running his own businesses, helping friends and neighbors, serving on the County’s Planning and Zoning Committee, raising a family, and an almost indescribable love for this valley we all call home has prepared him for the job of commissioner. These are the questions and answers from my interview with him.

Q. Colorado Department of Public Health and Environment (CDPHE) and the governor first spoke of a need to flatten the curve in regard to COVID 19. Their mandated actions have certainly flattened our economy. As commissioner, what will your approach to CDPHE be?

A. Work hard to open up. It’s ridiculous to shut down the economy over something that has a death rate of less than one half of a percent. This has been blown out of proportion.

Q. Montezuma Patriots have been holding Saturday morning rides. The Cortez City Council may consider a proposal to regulate/change the events. Originally Black Live Matters/Social Justice activists used Montezuma Avenue for their demonstration. Your thoughts on this situation?

A. It’s not about us versus them; both groups have a right to express their beliefs. If we keep God in our values there is room for both points of view.

Q. Some believe that the polarization of political views is a result of Black Lives Matter embracing and amplifying the New York Times Project 1619. This project was the work of some New York Times writers that believes America was founded to be a slave state and that the American revolution of 1776 was a continuation of that. What is your opinion?

A. Our forefathers created the Constitution to address how we are all created equal and have equal rights as citizens. We need to get back to understanding that and these problems can be resolved.

Q. Your opponent states that she is respectful of property rights, yet Adaptive Fire Management collaboration really is a government tool. What is your opinion?

A. Adaptive Fire mitigation hasn’t accomplished much other than to pay out wages. They Google property on a map and send out paper work. As far as we can see from a planning and zoning perspective there isn’t any real follow up work being accomplished. There is no accountability on these efforts. Most people do fire mitigation on their own, without any government interference or assistance. Planning and Zoning is considering due to that, dropping the need for fire mitigation input in the planning process. Government however needs to do a better job on managing public lands.

Q. Despite women being in the majority on the RE-1 School Board, and holding a majority on the Cortez City Council prior to the recent passing of Sue Betts, there is a very vocal chorus that speaks of the necessity of electing a woman to the Board of County Commissioners. Regardless of whether they possess a wide enough range of experiences to serve in what is arguably the toughest, most important job in the area. As the father of four daughters, how do you encourage your daughters, yet give them awareness from falling for a misguided narrative that creates a victim mentality? After all, Susan B. Anthony was a Republican, and it was the Democrats that fought against the right for women to vote.

A. I taught my daughters to stand up for themselves and go after what they can accomplish with their abilities, and what they want to do that makes them happy. Gender shouldn’t be the issue.

Q. Does the Land Use Code need an overhaul?

A. We have a system in place which I think is a good system. I am not in favor of one-acre lot zoning as the Land Use Code has Planned Unit Development designations where that can be addressed. I don’t know if we can hold one acre lots to maybe within the 3-mile zone of incorporated towns. I’m willing to look at it, especially if it could help some of our younger residents with affordable housing.

Q. Some see this commissioner race as a reflection of a new economy based on recreation and tourism versus an old economy comprised of agriculture and other interests. What is your opinion?

A. Ag will be here forever. Tourism and recreation-based revenue is an important part of many of our small businesses. There shouldn’t be any reason we can’t manage all three.

Q. Anything you care to add?

A. Experience counts. I always educate myself before making a decision. I’ve worked for many small businesses around the county throughout my life and I have the perspective to make good decisions. Being raised here, having worked here my whole life has given me the knowledge of the inner workings of the entire county. I won’t be working for the county if I become commissioner. I will be working for the people, and I will always do what is best for them.