A rare winner of the Nobel Peace Prize

Emily Greene Balch was born in Jamaica Plain, Mass., on Jan. 8, 1867. Hers was a prosperous family. Her father was a successful attorney and had been secretary to United States Sen. Charles Sumner. 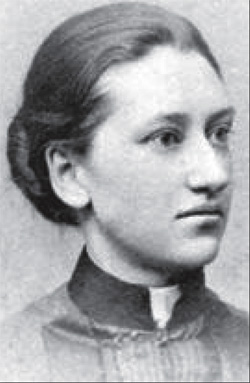 As a young girl, she attended private schools and was a member of the first graduating class of Bryn Mawr in 1889. Her major was economics but in her last year, she did an independent study in the then-new science of sociology. Upon her graduation, Bryn Mawr granted her a fellowship to go to Paris, where she studied under Emile Levasseur and authored Public Assistance of the Poor in France, published in 1893. She completed her formal studies with various courses at both Harvard and the University of Chicago and a year of work in economics in Berlin ending in 1896.

Upon her return to the United States, she worked at the Children’s Aid Society with Charles Birtwell and taught sociology and economics at Wellesley College. While at Wellesley she established pioneering courses in economic history, immigration, and social pathology. She took her students on field trips so they could see firsthand the realities of immigrant neighborhoods, sweatshops, union halls, and general living conditions. She was also on two municipal boards, one regarding children and the other on urban planning.

She was on two state commissions, one on industrial education and the other on immigration. She became involved with movements for women’s suffrage, racial justice, control for child labor, and better wages and working conditions. However, due to her outspoken views and radicalism, Balch’s contract with Wellesley was not renewed after 1918.

She attended a summer institute sponsored by the Ethical Culture Society, where she met Katherine Coman, Vida Scudder, and Jane Addams, who became the role model and idol who helped shape her career. Balch helped to establish Dennison House, which was modeled on Addams’ Hull House.

She followed closely the peace conferences at the Hague in 1899 and 1907, becoming convinced that her life work lay in furthering humanity’s effort toward peace and ridding the world of war. Emily played a prominent role in several important projects through the Women’s International League for Peace and Freedom and in preparing proposals for consideration by the warring nations. She served on a delegation sponsored by the Congress to the Scandinavian countries and Russia to urge their governments to initiate mediation offers; and in writing, in collaboration with Jane Adams and Alice Hamilton, Women at The Hague: The International Congress of Women and Its Results in 1915. Although she was not a member of Henry Ford’s “Peace Ship” in 1915, she was a member of his Neutral Conference for Continuous Mediation, based at Stockholm, for which she drew up a position paper called International Colonial Administration, proposing a system of administration not unlike that of the mandate system later accepted by the League of Nations.

In 1946 she became one of two American women ever to receive the Nobel Peace Prize.

Margaret “Midge” Kirk is a slightly eccentric artist, writer, bibliophile, feminist scholar and hobby historian who lives in the SW corner of Colorado. She can be reached at eurydice4@yahoo.com, or visit her website www.herstory-online.com.