A tough row to hoe: Colorado’s new commissioner of agriculture knows farmers and ranchers are seeing tough times, and she hopes to help

Water woes, a trade war, low prices for cattle and wheat – Colorado’s farmers and ranchers are facing a lot of challenges, to put it mildly. But Kate Greenberg, the state’s newly appointed commissioner of agriculture, is ready to face them. 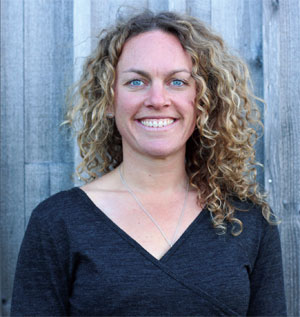 Kate Greenberg of Durango has been chosen by Colorado Gov. Jared Polis to be the new commissioner of agriculture.

“Producers are feeling the impacts of the trade war, low commodity prices, the ongoing drought. The decisions people had to make in 2018 were very difficult – when your water gets turned off in July, what do you do with your herd or crops? Financially speaking it doesn’t get much more real than that.

“We are here to try and find solutions to those challenges and make sure farmers and ranchers have the support and resources they need.”

Greenberg grew up in Minnesota but has what she calls “a roundabout family connection to Bayfield.” Her uncle ran cattle there before she was born and her parents have spent a great deal of time in the Four Corners. Since her appointment, she is now dividing her time between Durango and Denver.

“Durango is still home base,” she said in a phone interview.

As a Four Corners resident, Greenberg is keenly aware of how changing times are affecting ag producers. She is particularly familiar with the problems posed by the region’s long-term drought – which persists despite this winter’s snows.

“We’re at a moment –a critical moment – with water, which is what drove me to be here,” she said.

“Water is baseline, fundamental to all that we do. But there is so much changing in our world so fast. Changes in the Colorado River Basin, especially the Four Corners – that’s the geography we are most impacted by.”

Greenberg has been deeply involved in water issues, most recently as Western program director for the National Young Farmers Coalition. In that position she worked with the state’s nine basin roundtables, which bring stakeholders together to discuss water issues, and became familiar with Colorado’s Water Plan, adopted in 2015, which attempts to provide a road map for meeting future water needs.

“The Colorado Water Plan was finished under the Hickenlooper administration and [Gov.] Jared Polis is committed to funding it,” Greenberg said. “Part of my vision is that ag needs to have a seat at the table in all those decisions and we need to make sure whatever choices we make to meet the supply-and-demand gap – which is significant – that those uphold ag and support ag.”

Greenberg is pleased by the growth of the National Young Farmers Coalition because it’s part of an effort to counteract the aging of farmers and ranchers, a worldwide phenomenon. In the United States, 40 percent of farmers are over 55, according to the U.S. Department of Agriculture.

In 2016 she co-authored a report for the NYFC called, Conservation Generation: How Young Farmers and Ranchers are Essential to Tackling Water Scarcity in the Arid West. The report calls for creativity in taking on water challenges and for enlisting “the next generation of farmers as allies” in seeking solutions to water shortages.

Noting that farmers over 65 years old outnumber those under 35 by a 6-to-1 ratio and that more than 573 million acres of farmland is expected to change management in the next two decades, the report states, “If we fail to recruit enough new farmers, we risk furthering the consolidation of our food system, increasing permanent losses of agricultural lands, and losing a generation of water stewards.”

For the past six years, Greenberg has traveled to farms and ranches across Colorado and the intermountain West, “working with producers of all ages to connect people to one another, to listen to people in the field,” she said.

As commissioner of agriculture, Greenberg will be oversee a department with 300 employees and eight divisions, including animal health, brand inspection, the state fair, and more. She’s the first woman to hold the position in Colorado and, at 31, one of the youngest people to hold it. But she brings a wealth of experience to the job.

Her career has included managing a native-tree greenhouse and seed program with the Sonoran Institute, managing natural-resource field programs at Whitman College in Walla Walla, Wash., and working full-time on a direct-market farm in western Washington. Since 2013 she has been a member of the board of the Quivira Coalition, a nonprofit that focuses on issues involving soil, biodiversity, and resilience in working landscapes in the West.

“For the last decade, my life and my work have focused on water and agriculture in the West,” she said. “That’s an important background moving forward. “I don’t pretend to know everything. I’m coming in with no preconceived notions. I am intent on listening and asking questions.”

Greenberg said although agriculture is facing numerous challenges today, to some extent that has always been the case. “Ag is not an easy business, regardless of the scale or operation type,” she said.

Even in these difficult times, agriculture generates some $40 billion in economic activity statewide and supports 173,000 jobs, she said.

“In thinking about what rural Colorado looks like moving forward, in my mind having a strong ag economy is going to allow us to stay in rural places and have a strong economy in rural places. There is so much that benefits the community at large when we support agriculture.”

Asked what, if any, bright spots there are in farming and ranching, Greenberg answered, “Hands-down, the people.”

She said people are finding their way into farming and ranching in a variety of ways now, and that’s good.

“I came into ag from a non-traditional route – I was not from a farm family but I found it on my own. The more diversity we have in ag, the more inclusive ag is, the more we’re going to continue building an exciting, thriving, successful industry.

“With ag as one of the top drivers in the state, we can meet the climate challenges ahead, the challenges of drought, soil, and water. Ag is at the helm in that.”