An advocate for Native Americans

Elaine Goodale Eastman was born on a small farm in Mount Washington in the Berkshire Hills, in Massachusetts, on Oct. 9, 1863. She was the daughter of a nota­ble colonial family, and her father, Henry Goodale, could trace his family tree all the way back to 1632, to an ancestor who set­tled in Salem, Mass. 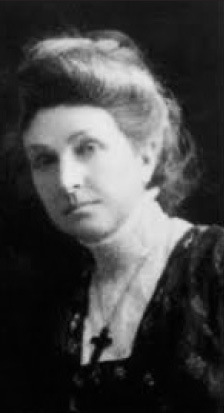 Her mother was very religious and rather controlling. She assumed Elaine’s education herself rather than sending her to school. Music and poetry were empha­sized as well as a focus on becoming a mis­sionary. Elaine had a younger sister, Dora, with whom she was extremely close.

When she was 18 she left home and be­came a teacher at the Hampton Mission­ary School in Virginia. The school was divided into three separate sections: one for white students, another for blacks, and the third for Indians. This made Elaine uncomfortable and she soon requested a transfer to the Sioux Agencies, which were in the Dakota Territories.

She moved to White River Lodge (in the Dakota Ter­ritories) in 1886, where the closest white person was miles away. She settled in and stud­ied the language of the Dakota people and was soon flu­ent. She then convinced the commissioner of Indian affairs, John Atkins, of the need for an Indian industrial day school, where cooking, sewing, and gardening would be taught along with academic subjects.

She became the first government-ap­pointed teacher at White River camp. En­rolled in her class were 50 students rang­ing in age from 6 to 16, and none could speak a word of English.

Post-Civil War, there was a large move­ment by the U.S. government to educate former slaves and it also involved Native Americans, in an attempt to “civilize” all non-white people.

In 1889 she re­turned to her native Massachusetts with the goal of making the world aware of the plight of the In­dians. She began to write and lecture on their behalf. William F. Vilas was the Sec­retary of the Interior at this time and he created a new office, Supervisor of Education, in the two Da­kotas. Presumably he had been influenced by Elaine’s writing and appointed her as the first person to direct this program.

Upon her return to the Dakotas, she had 60 schools in her jurisdiction. She traveled far and wide, alone, in a horse-drawn wagon to inspect and improve the schools. She trust­ed the Indians and always traveled un­armed.

In that role, she fought against the practice of remov­ing Native Ameri­can children from their families and sending them to distant boarding schools. She put her faith in reservation schools to “lift up” whole communities through as­similation. She was convinced that if Na­tive people failed to assimilate, they would be annihilated.

“A gifted, lovable, self-reliant people stood at the crisis of their fate. The old way of life was hopelessly destroyed and their more far-seeing leaders ready and eager to advance into a new world. The hour had struck for a swift transition to another pattern of life altogether, before their self-respect had been undermined and their courage exhausted. Education was the master-key.”

In the aftermath of the Wounded Knee massacre in December 1890, she cared for the wounded with Dr. Charles Eastman, a Santee Sioux doc­tor of part Anglo-American ances­try. Eastman (also known as Ohiye S’a) was raised off the reservation and at­tended medical school in Boston.

Eastman wanted to give back to his community as a res­ervation physician and accepted an ap­pointment on the Pine Ridge Reserva­tion, where he first met Elaine, who was a teacher there and a published au­thor. They fell in love and were married in 1881.

They lived with their growing family in the West for several years. Elaine collabo­rated with him in writing about his child­hood and Sioux culture; his nine books were popular and made him a featured speaker on a public lecture circuit. She also continued her own writing, pub­lishing her last book of poetry in 1930, and a biography and last novel in 1935.

They had six chil­dren together and eventually returned to Massachusetts because they both believed they could better educate their children there. She continued to write on issues that af­fected the Indians and reviewed books written about Indi­ans for accuracy.

Margaret “Midge” Kirk is a slightly eccen­tric artist, writer, biblio­phile, and hobby historian. She can be reached at eurydice4@yahoo.com or visit her website www.herstory-online.com.