Better communication is theme for Blackburn

When Fred Blackburn decided to run for county commissioner, he thought land-use planning would be his main issue. But he changed his mind.

“Before you plan, you have to have people talking to each other, and it’s not even close now. Communication is the biggest issue, in my mind.” 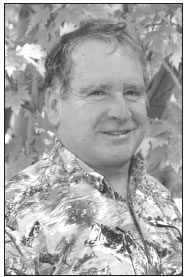 Blackburn, a Democrat, is challenging incumbent Larrie Rule, a Republican. Rule was profiled in the Free Press in July; that interview is available online.

Blackburn said he would like to see better relations among county government, municipalities, the Ute Mountain Utes, and unincorporated segments of the county. He also wants better communication with the public at large.

“I’ll open an office on Main Street. I can rent an office for part of my salary and be there part-time. The other commissioners could use it, too,” he promised.

To facilitate communication, Blackburn is among those calling for a revamp of the way the county conducts its weekly meetings, now on Mondays in the courthouse. He said he is not in favor of full meetings at night because the commissioners need access to records and staff for their regular business, “but when you know you’re going to have a heavily contested discussion you need to accommodate it.”

He believes public hearings and other controversial discussions should be held in the county annex, using an electronic sound system. “I don’t think it would take me a day to research a good sound system that would have things for people who are deaf to hook in their ears.”

Blackburn said the current arrangement in the meeting room, where commissioners and staff sit around a table, makes the audience feel shut out because some staff members have their backs to them. “Face people. It makes people feel like they’re being listened to and it’s polite.”

He also criticized the commissioners for “sitting around whispering to each other during meetings” and said the minutes are too sketchy, a frequent complaint among critics. The commissioners and their attorney maintain they are satisfactory.

Blackburn believes the entire commission meetings should be digitally taped and available on CD.

He also believes the commissioners should start having executive sessions, something they and previous commissions have been loath to do.

“If they’re discussing anything to do with the legal implications of something, you need to have an executive session. Sometimes you need to argue out some important issues and don’t want to do it in front of a reporter. You need that discussion time and it needs to be private because that’s when the most heated arguments occur.” Having served on the board of the Cortez Sanitation District, Blackburn said he is familiar with state law regarding when executive sessions can be held.

Blackburn has not been regularly attending commission meetings but said he doesn’t feel the need to.

“People ask me, have you attended all the commissioner meetings? I’ve got better things to do with my time. I can read the meeting notes. Eighty percent of what happens is no-brainer issues.”

But while communication is Blackburn’s top issue, land-use regulation remains high among his priorities. He would like to see more plans such as the Dolores River Valley plan, to guide growth in a half-dozen areas such as McElmo Canyon, Lewis- Arriola/Pleasant View, and so on. “People could say what they want to see happen in their geographic areas, and it would be integrated into the master plan.”

He doesn’t believe the entire landuse code needs to be rewritten, but it needs to be clarified and revised. He said the now-controversial Landowner-Initiated Zoning system was “the only thing that could have been passed here at that time” and people should not condemn it. “But how are you going to update it now? We need detailed planning.” He favors hiring a planner part-time, “not to dictate what we want, but to give options on what we can do.”

Stronger enforcement of existing regulations is also critical, he said. “The planning department is overwhelmed. They don’t have time to do enforcement. So can you dovetail with the city and pay for a part-time inspector/enforcer?”

He said he doesn’t want to see the county spend money it doesn’t have. “I won’t have an unbalanced budget. I just won’t go there. But we’ve got to be creative.

“Lack of planning and enforcement is costing us money in property devaluation, legal battles and businesses that don’t want to locate here because there’s no predictability.”

Blackburn would like to see a master plan adopted by Jan. 1, 2010, the establishment of defined industrial areas in the county such as along the 160/491 corridor, and a countywide residential building code.

“I think we have to have it,” he said, adding that he has a bag of defective wiring in his car that people have given him. “It’s from two or three houses where people have said, ‘Here is why we need a building code!’”

As it is, there are several inspections and permits required to build a house, so having one consolidated inspection wouldn’t necessarily be more costly to the homebuilder, he said.

“We are a buyer-beware county,” Blackburn said. “Some new homes are short-cutted. This would protect buyers.” Finding space to accommodate county offices and the growing needs of the courts is another huge issue, Blackburn said.

“A district judge could order the commissioners to build a courthouse to hold court in. We’ll have to move some of the county offices out of the courthouse or do a remodel and I don’t know how you could finance it.”

Yet another issue is roads. With voters having refused to pass a county sales tax other than a half-cent for the jail, some roads are suffering. Blackburn said a sales tax could not pass in the current economic climate and that he wants to see a master road plan and a “triage” system to decide which roads have priority for maintenance. “If you’re six miles off the grid on a one-lane road, you’re not going to be a priority.”

He said the current commissioners have done a good job managing the budget so far, but “it’s scary. I think that issue is right in our face.”

Blackburn began thinking about running for office four years ago, when Rule was first elected, he said. He brings a variety of experience to plate, inicluding service on numerous boards. He has been president of the Canyonlands Natural History Association board, vice chair of the Children’s Kiva board, and secretary for the sanitation-district board.

“I have done a lot of organizational work, primarily in the non-profit area,” he said, adding that he has worked with teams of diverse individuals “ I understand how to work with people.” Among his background, he worked to get the Kiva preschool built, worked with the Canyonlands Natural History Association, developed the Wetherill Grand Gulch Project and served on the Cortez Sanitation District board.

“I have run large projects. Budgets and issues like that are not foreign to me.”

He did not run for office until he was off all his boards.

Blackburn said being on the sanitation- district board was in some ways the best preparation possible for serving on the county commission because it involved “lawsuits, executive sessions, and being put in an ethical dilemma.”

Blackburn resigned from the board in 2007 after the district became embroiled in a lawsuit with its general contractor over building a new sewage-treatment plant, a lawsuit that was eventually settled.

“I couldn’t in good conscience stay. It was very much being in the midst of a good-old-boys network.”

And that is the sort of network Blackburn wants to avoid through open communication. He is proud of the fact that he has his own web site, www.fredblackburn.com, and plans to continue it if elected.