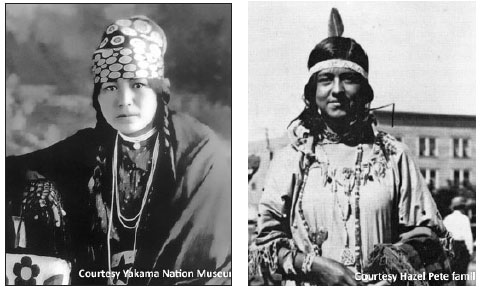 I’ve once again been stunned by the plethora of information that is coming out about Indian Schools, much of it unimagi­nable, unthinkable, yet it happened. I have a difficult time wrapping my head around what happened to so many: the unmarked graves, and lives altered irrevocably forever. It makes me really sad and quite uncom­fortable. It has been kind of swept under the rug in our history.

Not to be negative, but there is also his­tory that has not been taught about Black America, such as the Tulsa Race Massacre, and so much more. I never even heard of this event until two years ago. Nope, not in history books I was taught from. Per­haps that is why when the issue of critical race theory (CRT) arose, I wanted to know more. I was pretty ignorant.

Please come with me for a moment as I wax political and examine just what that phrase means. According to Scott Hancock, associate professor of history and Africana Studies at Gettysburg College, and many other scholars, the basic definition is that it’s a body of thought that tries to under­stand the extent to which race and rac­ism and racial ideologies have shaped the United States. The undeniable fact is that it has. You can try and hide from it but it only grows. We must face it head on to really make the change that is so necessary.

According to Sharif El-Mekki, founder and CEO of the Center for Black Educa­tor Development, CRT’s “primary aim is really thinking about law and policy and the ways in which they are not addressing discrimination, inequality, unequal process, economic systems and government policy.”

You cannot speak of or teach American history without talking about race. I was not understanding why culturally responsive teaching could become such a hot topic. There seems to be a lot of lack of under­standing or misunderstanding around the subject. I did not truly grasp the core of the issue until a friend who is much wiser than I am shared some information.

While it is true we must make changes, stop suppressing the other half of history, stop saying things are fine, because they are not, we also need context before we go off on a tangent, as I am apt to do around this subject.

Clarity is important so we can truly un­derstand and not spread misinformation or foster attitudes that spring from it. Lack of clarity is dangerous because then we are misinformed and may operate from igno­rance and fear. Let’s shed some light.

We have a definition of CRT, now let’s look at why it isn’t taught in our schools. An awesome article from the Montrose school district superintendent, Dr. Carrie Stephen­son, helped me to grasp what has been a difficult concept for me. Teachers follow standards that have been adopted by the state that ensure that students have learned what they need to at the end of an aca­demic year. These standards are clearly outlined at the State of Colorado website under CDE Standards, https://www.cde.state.co.us/standardsand­instruction/standards).

Topics are approached at a developmental and age-appropriate level for students. Dr. Stephenson uses the example that electri­cal engineering is not taught to elementary-school children. The basics of electricity, however, are taught. CRT, while necessary, is not appropriate for K-12 and there is much inaccurate information circulating, as well as great angst.

Hopefully, we can put this issue to rest while bringing these basic concepts into our lives and bind the community together rather than divide it. Let’s join together and be a part of the solution, not part of the problem.

Alice Charley (Stu Yat) went into hiding for the first 18 years of her life in order to escape boarding schools. She was born in 1909 and lived with two grand-aunts in Spearfish, a small community on the Co­lumbia River. She never enrolled in the tribe as a child. This may have been what saved her from boarding schools. Lacking tribal identification she was able to elude agents as they ruthlessly swept homes and took children to boarding schools, against their wishes and those of their families.

While not “school” educated, she was very bright and immersed herself in her cul­ture and language, learning many necessary skills. Learning came easily to her and she enjoyed it. The Columbia River ( “Nch’i-Wana,”) was called the “Great River” and its salmon continue to be important in Na­tive American culture in that region. Her people were skilled fisher people. Their diet was composed of salmon and steelhead from the river, deer, elk, roots, elderberry, salmonberry and sisal berries. They were master navigators of the Columbia and its tributaries. They used long, carved cedar ca­noes as their main form of transportation.

“My mother was a weaver and a bead worker and she was very proficient with tak­ing care of salmon in every way,” says daugh­ter Vivian Harrison. “By that I mean cleaning it, cutting it, drying it and preparing it.”

Charley herself was known for her ex­ceptional beadwork, weaving and compre­hensive knowledge of Columbia River cul­tures, speaking five indigenous languages.

Hazel Pete (Tsi-Stah-Ble) was born in 1914. She was a member of the Chelais tribe and lived on Chehalis Indian Reserva­tion in Grays Harbor County in the State of Washington. Her love of learning was evident at a very young age. At 4 years of age, even though she could not attend, she would follow her siblings to the school three miles from her home.

She was very young when she heard drumming and chanting as the war canoe landed near her home in Tulalip Bay. In the 1920s many children were taken to be enrolled in boarding schools. This system of boarding schools was meant to help im­prove the life chances of Pete and those like her by introducing the mainstream lifestyle, but it also resulted in a systematic disman­tling of their ancestral traditions. The cry went up from them all that day, pleading with the crew of the canoe and her fam­ily, “don’t let me go!” But those pleas were unheeded.

On the day the canoe landed on the shore by her home 40 Makah children were taken. Their captors cut their hair, dressed them in white clothing and punished them brutally for speaking their own language.

Later in her life Hazel said, “Learning was always at the door open to me. I did not know that Indians were assumed to be shy, dumb and dropouts. For a good stu­dent, the door was always open for a great opportunity.” This was a much different outlook and perspective than many of the students who were ripped unceremoniously from their homes and forced into boarding schools and an entirely different way of life. Boarding schools stripped them of their names and their culture. Hazel managed to find a way to exist and actually thrive. Hers is a much happier story.

She finished high school in 1932 and went on to become a nurse. She married and raised 13 children. Her excitement and dedication to education never waned. When her children were out of the home she at­tended several art programs at the Santa Fe Indian School. Hazel was also proficient in beading and leatherwork. She revived the Native basket-weaving of her tribe. Her art has received major national acclaim and her work is in several major galleries.

In 1974, she earned a B.A. from Ever­green State College in Olympia, Wash., and in 1978 she earned a Master of Arts in Na­tive American Studies from the University of Washington. She was in her 60s.

In 1970 she received the prestigious Gov­ernor’s Heritage Award, bestowed by Gov. Gary Locke.

The State of Washington and the Wash­ington Historical Society both have much more information about these two women as well as many more indigenous women/people.

Midge Kirk can be reached at eurydice4@yahoo.com or visit her website www.herstory-online.com.