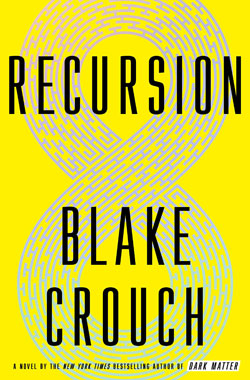 Ever wondered what it takes to write bestselling novels that get turned into blockbuster Hollywood films and television series?

You can find out firsthand from local author Blake Crouch, who divides his time these days between his Durango hometown and Los Angeles, where he oversees his many ongoing film and television projects.

Crouch will launch his latest New York Times bestseller, Recursion, with a celebratory party and book signing at El Moro Spirits & Tavern on Main Avenue in Durango on Thursday, June 13, from 4:30 to 6:30 p.m., hosted in conjunction with Maria’s Bookshop of Durango.

Recursion is a science-fiction thriller, a love story, and a thoughtful exploration of human memory all in one. In it, New York City police officer Barry Sutton is tasked with investigating the devastating phenomenon called False Memory Syndrome, a mysterious affliction that drives its victims mad with memories of lives they never lived.

Barry teams with neuroscientist Helena Smith in a headlong attempt to halt the contagion before it destroys society. Helena has dedicated her life to creating a technology that will let anyone preserve their most precious memories—a first kiss, the birth of a child, the final moment with a dying parent. Now, she must work with Barry to instead direct her technology at saving victims of FMS.

However, as the two rush to cure the syndrome, they come face to face with an opponent more terrifying than the disease itself—a force that attacks not just the mind, but the very fabric of the past. As its effects begin to unmake the world, only Barry and Helena, working together, stand a chance at defeating it.

In a starred review, Publishers Weekly calls Recursion an “intelligent, mind-bending thriller” in which Crouch “effortlessly integrates sophisticated philosophical concepts into a complex and engrossing plot.”

Screen rights to Recursion already have been snapped up, as were the rights to 2016’s Dark Matter, Crouch’s previous bestselling thriller. The film version of Dark Matter currently is working its way toward production with Crouch as screenwriter.

In addition to Recursion and Dark Matter, Crouch is the author of the Wayward Pines trilogy, which became a Fox TV series. The television series Good Behavior, based on Crouch’s Letty Dobesh novellas, just wrapped its second season on TNT.

In the midst of his burgeoning success, Crouch remains rooted to Durango, making time to work the floor as a visiting, volunteer bookseller at Maria’s support-your-local-independent- bookstore events — and celebrating the launch of his latest blockbuster right here in southwest Colorado with his fellow locals on June 13.

Scott Graham is the National Outdoor Book Award-winning author of the National Park Mystery series for Torrey House Press. The fifth book in the series, Arches Enemy, has just been released, and is available at Maria’s Bookshop in Durango, Back of Beyond Books in Moab, and other area bookstores, and for order at scottfranklingraham. com.