Effort to unseat McDaniel continues: Criticism of the school-board member brings attention to a lunch club

A recall election against Lance McDaniel, a member of the Montezuma-Cortez School District Re-1 board of directors, is on pace to take place Feb. 16.

Organizers were reportedly gathering signatures on petitions to nominate a replacement for McDaniel if the recall should succeed. The petitions had not been turned in to Montezuma County Clerk Kim Percell for verification of signatures as of press time, but they were due by Jan. 8. 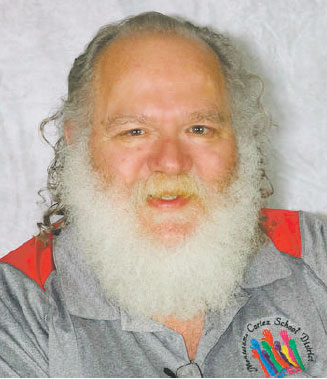 The reasons for the recall, which was organized by local residents Deborah McHenry and Malynda (Mindy) Nelsen, are primarily related to McDaniel’s posts on Facebook. McDaniel’s political views are strongly progressive in nature, which puts him at odds with many in the conservative-majority county.

“Many of the school children in our community follow him on social media,” the organizers wrote in a statement given to the county clerk’s office delineating the reasons they were seeking his recall. “He posts his personal opinions, likes, and dislikes.”

McDaniel has said that the statement about him being followed by “many” students is “totally incorrect.” During a hearing on protests filed over the recall, he said that his student followers were “four members from one family that is close to me, one daughter of a close friend, and one other one I don’t know.”

But McDaniel has also been criticized for his support of what is often called the Rainbow Club at the Cortez Middle School, though nothing relating to this was actually put into the statement that gave reasons for seeking the recall.

In a column in this issue of the Four Corners Free Press, Valerie Maez writes, “Mr. Mc- Daniel’s active involvement with the Rainbow Club is an area that has been the source of conflicting statements.”

Some of his critics have been more vocal on social media in opposing his support of the group.

The Free Press reached out electronically to an adult familiar with the group in question. The adult, who asked to remain anonymous, answered questions by email, providing information that was reportedly approved by the organizing group and club leaders.

The club in question is officially called the Lunch Bunch, the person wrote. The group meets once a week at lunchtime, when schools are in session.

“The Friday Lunch Bunch is an elective school club with approval to meet from the school administration, supervised by M-CMS faculty and staff advisors,” the adult wrote in an email.

McDaniel, who provides pizza for the meetings, has been accused by his critics of inappropriate involvement with the group. However, he does not have regular contact with the students, according to the adult. In an email, the person wrote:

“Lance McDaniel is one of multiple community volunteers who deliver commercially- produced pizza to the teacher sponsors to be served at the club. He does not meet with the students.”

He did meet them once, in 2019, McDaniel told the Free Press in response to an electronic question. The school board does not have a policy forbidding such meetings. The group he provides pizza for is open to all middle-school students, according to the adult. There are other, similar groups in other schools.

The adult emailed a quote from the official description of the organization: “This group began in 2018 with students who wanted to address bullying and change school culture, providing a welcoming and safe place for MCMS students who attend. A survey result last year showed students enjoyed the lunch group to make new friends, socialize, and plan events …”

“[The Friday Lunch Bunch Groups] have given support to our Sources of Strength Group, a program that prevents bullying, violence and suicide, assisting their projects. [They] held a note-writing event and have a supply of cards available to give students struggling with a tough day. In 2019, [they] held a holiday campaign that benefitted school-nominated student families with gifts and food. Over $1,300 was raised! [They] had a face-painting booth at a school dance and sent proceeds to St. Jude Children’s Hospital.”

But the club is viewed with disfavor by some. In a recent Facebook post that was shared via a screen shot, Mindy Nelsen wrote, “We must get the rainbow club out of our schools!”

In an Aug. 26, 2020, letter that was sent to a number of schools, the American Civil Liberties Union (ACLU) wrote that any student organizations intended to combat harassment of LGBTQ students must be treated “the same as any other noncurricular club at your school.”

The Lunch Bunch is not defined as specifically for LGBTQ students but may be thought of that way by some people because of the commonly used name “Rainbow Club.”

McDaniels’ regular term on the school board would be up in the fall of this year.