For everything there is a season 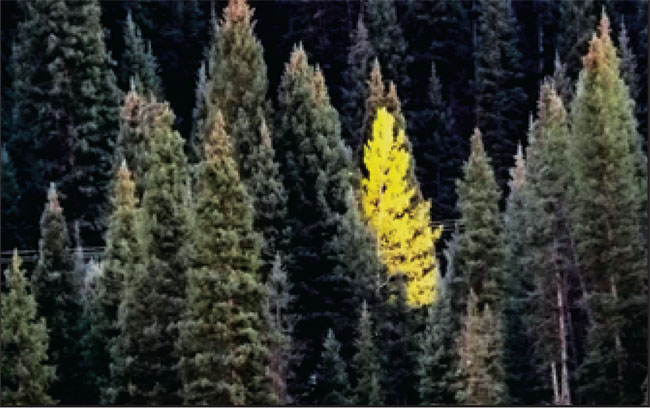 A dense spruce stand crowds out other vegetation. One lone aspen survives in a small opening. Photo by Dexter Gill.

WHAT? We just had a record drought, the lakes are about dry, the forests were burning (still are in California), floods are washing out what didn’t burn, nasty election battles for who gets the power to rule over who, and you say rejoice?

Well, yes, our fires are out; we started off the new water year (a water year is Oct. 1 to Sept. 30), with the first month recording above-average moisture; the elections are over; wonder of wonders, the world didn’t collapse or get flooded from global warming. Looks like our Creator may give us another chance, so let’s not muff it!

December is the time of the year when we are reminded that our Creator cared enough for us to send His Son to give us an eternal way out of the mess we have made for ourselves – wow, what a gift! Why He did that I have virtually no idea, but sure do rejoice in it! At this time, many cut a tree, decorate it as a “Christmas tree” and give gifts to friends and family to commemorate that great Heavenly gift. We have already cut our tree, a beautiful Colorado blue spruce that we located on Haycamp Mesa, and yes, I did get a permit. I like the spruce, as it has sturdy branches, although they are kinda prickly, but will hold the ornaments well. Incidentally, as a side note if you cut a blue spruce you may see some little cone-looking things on the tips of some branches. Those are not cones but what is called a Cooley spruce gall, which is the leftover house for a species of aphid insect. No problem, just clip them off, or maybe you think they look neat, your choice. Also, I like the smell of the spruce and it is a “musical” wood. Historically it has been the favorite wood to make the sound boards for stringed musical instruments like violins and guitars.

If you haven’t cut your own Christmas tree it might be a good time to start. It is a great way to help thin the forest and it is a great family tradition to trudge through the snow and cold to finally find a tree everyone can agree on, only to find your vehicle is now stuck in the snow. That is why we cut our tree before the snow gets too deep on the mountain and stick it in a bucket of water for later decoration. It is still a good family memory trip, even getting stuck.

The Forest Service will sell you a permit for $8 to cut one of five species, the favorites being white fir, subalpine fir, spruce and also piñon and juniper. In the past too many people were told we should not be cutting the trees. You have heard the old saying, “woodsman, spare that tree,” and fear tactics of “deforestation” and losing “carbon sequestration,” but that is totally false as we have been shown that the trees are way too thick and need to be thinned for better forest health, water production and reduced severe fires. Also, without management, over time the trees will begin to edge out into the meadows, gradually reducing the size of the meadows and the grass and forbs that are needed for animal forage and plant diversity. 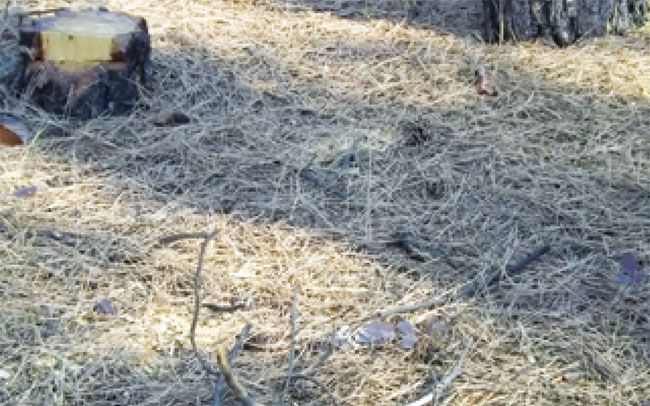 When we went to cut our Christmas tree I noticed some thinning work the Forest Service had done. In checking I found that they were trying to open up the stand enough to get some sunlight and moisture to the ground so a more diverse plant community could be established and improve the growth and health of the residual trees. Upon inspection, the ground was covered with a dense mat of pine needles, which prevents grasses, forbs and new tree seedlings from becoming established. Thinning and some soil disturbance is required to improve the forest health and environment. This was in a ponderosa pine stand, but the same holds true in all the different stands of trees and brush that are too thick, and is very noticeable in the spruce and fir stands.

So, help out the forest with thinning out a Christmas tree. That is a win-win, you get a family memory for rejoicing and the forest gets some relief and health improvement.

Late November was a time for giving thanks. December is the time for rejoicing. Come January will be a time to build! So get ready, there is much work to be done.