The man who murdered a transgendered Navajo teenager in Cortez in 2001 – a crime that drew national attention to the city – has been released from prison.

Shaun Murphy, now 36, was paroled to Colorado’s northeast region after serving 17 years of a 40-year sentence, according to online records. 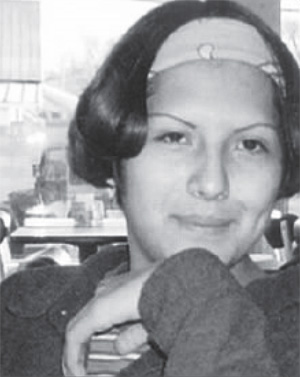 Murphy admitted to the brutal murder of Fred Martinez, Jr., a 16-year-old Cortez resident who liked to dress in women’s clothing. The two reportedly did not know each other before the night of Martinez’s death.

“My heart goes out to Fred’s family,” said Lydia Nibley, the director of a documentary about Martinez’s life and death called Two Spirits. “Our hope was that they would not ever have to face Shaun Murphy on the street in their lifetimes,” she told the Four Corners Free Press in a phone interview.

Two Spirits became the highest-rated film of the PBS Independent Lens season, and has received multiple awards. It was honored by President Obama in a White House reception and shown to numerous officials in his administration. Martinez was reportedly a gentle soul who was bullied and teased because of his non-traditional behavior. He considered himself nadleeh, a Navajo word meaning someone who possesses both male and female traits, and liked to wear makeup and carry a purse. He lived with his mother, Pauline Mitchell, in a trailer house in Cortez.

Even at his young age, Murphy had a lengthy record with a number of assault charges.

On June 16, 2001, the two crossed paths at the Ute Mountain Rodeo, then later near a convenience store, with Murphy reportedly giving Martinez a ride in his car before dropping him off. Later that evening, Murphy, who had gone to an apartment to hang out with friends, reportedly went outside and tracked Martinez down in an area on the south side of Cortez known as “the pits.” He fatally whacked the boy in the head with a rock and later told friends he had “bug-smashed a hoto” – slang for a gay person.

Martinez did not die instantly, but suffered a lingering death, lying alone on the brushy slope in the dark. His body was not found for several days. When it was, the news rapidly attracted interest around the region and even the nation, as information about Martinez’s sexual orientation emerged and sparked discussion of whether the killing was a hate crime.

The city of Cortez was flooded with reporters from media nationwide. Meanwhile, local coverage of the brutal murder drew mixed responses from residents.

Aspen Emmett, then a reporter for the Cortez Journal, wrote extensively about the killing. She described the variety of community reactions in an article she wrote for the Four Corners Free Press on the 10th anniversary of the killing. “The weeks following Fred’s death saw a frenzied, ever-evolving community discussion about gender identity and the concept of ‘hate crimes’,” she wrote. 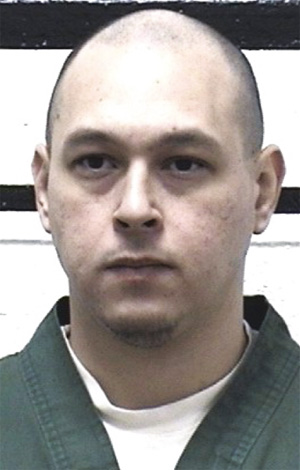 “One reader kept a running tally of how often I wrote the word ‘homosexual’ in each article, stating that it was offensive, and she was ‘sure there is a flaw in everyone. . . and no one wants to bring it out in the open’,” Emmett wrote. “Another letter, written by a local pastor, stated that ‘there is no such thing as gay’ and society should not be asked to accept or tolerate gender differences.”

Judy Shepard, the mother of Matthew Shepard, a gay college student who had suffered a horrible death at the hands of two homophobic men in Wyoming in 1998, came to Cortez that August to attend a vigil that was held for Martinez.

Murphy, who was then 18 and from Farmington, N.M., was arrested July 5, 2001, after tips came in to a Crimestoppers hotline. He was charged with first-degree murder, which could have brought him the death penalty. He eventually pleaded guilty to second-degree murder and was sentenced to 40 years in prison, but received parole after serving less than half his time.

No one from Martinez’s family could be reached for comment.

“I was just stunned (upon hearing of Murphy’s parole),” Cathy Renna, a long-time media activist for the LGBTQ community, told the Free Press by phone. Renna flew to Cortez from New York City after the murder.

“I remember going to the scene [of the killing],” she said. “I got off the plane, got in a truck with [then Cortez resident] John Peters-Campbell and drove out to the site. I will never forget what it looked like to see the outline of a body in the dirt. The ground was soaked in blood. That image will never leave my head.”

She said she, Nibley, and Russell Martin, who was involved in the production of Two Spirits, had been trying to reach Martinez’s family, who they believe may not even be aware of the parole.

According to the Colorado Department of Corrections, crime victims who want to be notified of parole hearings must actively enroll in the Victim Service Unit. It’s unknown whether Martinez’s family did so.

Renna said attitudes towards the LGBTQ community have improved since the time of Martinez’s murder, at least “in the sense that there is more and better understanding, particularly of transgender and gender issues, including the two-spirit community.”

However, she said in recent years there has been an increase in crimes against such people as well as members of other minority communities, including Jews, Muslims, and people of color. Transgendered women of color have been a particular target, she said.

According to the website for the Anti-Violence Project, the largest anti- LGBTQ-violence organization in the country, the National Coalition of Anti- Violence Programs recorded reports of 52 hate-related homicides of LGBTQ people in 2017, an increase by 86 percent over the year before and the highest single incident number ever recorded by NCAVP.

“We are in at least three continuous years of increase in bias-motivated crime,” Jason Marsden, executive director of the Matthew Shepard Foundation, told the Free Press by phone. “It has been particularly severe regarding transgender and gender-non-conforming victims.”

Marsden said there was a lot of frustration and concern about the handling of Martinez’s case because it resulted in a sentence for just second-degree murder. Now, he said, “that there would be an opportunity for parole so early in a 40- year sentence has raised a lot of alarm and anger in the LGBTQ community.”