District attorney candidate Mac Myers has a professional, self-assured manner, a trait earned through years of experience in the courtroom and an obvious love of the law.

Between 1996 and 2004 he was elected for two terms as DA for the 9th Judicial District, which includes Garfield, Pitkin and Rio Blanco counties. As chief prosecutor during that time, Myers and his staff successfully handled difficult criminal cases, managed controversy, and implemented innovative programs to aid domestic-violence victims. 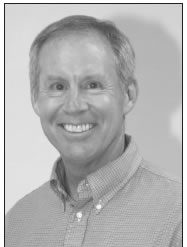 Since then he worked briefly in the Cortez-based 22nd Judicial District for his opponent, incumbent Jim Wilson, who worked for Myers in the DA’s office in Glenwood Springs as well. Myers resides in Mancos.

Myers credits his courtroom skills and a well-trained staff for a track record of convictions in his career. Lawyers with more expertise are needed here, he says, to improve trial performance and the conviction rate.

“I was largely drafted into this because of my concerns about how the (DA’s) office was going,” Myers said by phone. “The problem has been poor results due to what I perceive to be poor management and high turnover.”

He points to the relatively slight experience of the three deputy district attorneys. “It went from approximately 40 years of criminal law experience in 2005, when I joined the staff, down to around five years of prosecution experience now.”

He said adding to the problem is the fact that the office has suffered a 200 percent turnover rate. And, according to a public-record request by Myers, the conviction rate for Wilson’s office is 24 percent for felonies resolved in 2007 and in 2008 to date.

“One-third were plea-bargained down to misdemeanor and traffic, and a quarter of them were dismissed outright,” Myers said. “I do not believe for a minute that only 24 percent of the people charged with felonies in our jurisdiction merit anything less than a felony conviction.”

He advocates more trials as a way to maximize sentences for the worst offenders. Plea-bargaining is a necessary part of the system, he explained, but should not replace a trial when a felony case warrants it. “Violent and repeat offenders, drug dealers and drunk drivers — the ones that do the most damage to the community — are not being very well prosecuted.”

He cites his success prosecuting the Aric Miera murder trial while working for Wilson. Enraged over a divorce case, Miera killed Richard Luhman, a Cortez attorney, in his office on Market Street in 2005. Miera received a life sentence on a conviction of firstdegree murder following a second trial (the first ended in a mistrial) that Myers, the assistant DA, prosecuted.

The Shawn Walker murder case is one that Myers criticized. Walker shot Alfonso Raul Sena six times in the back in August 2007 and dumped the body near Jackson Reservoir. Walker was originally charged with first-degree murder, but under a plea bargain by Wilson, he was charged with second-degree and received a 28-year sentence.

“For the deterrent effect, the DA needs to take a firmer approach,” Myers said. “Attorneys with more experience can analyze cases like the Walker case and know that they warrant more prosecution. I know that I could identify more cases that need to go to trial, but do so in a way that does not clog the courts or affect speedy-trial laws.”

In Glenwood Springs, Myers had success as the DA but also endured some challenges and controversy.

• Myers secured three first-degree murder convictions while DA in the 9th District, all for domestic violence.

• His office handled a shooting-spree case in which Steven Michael Stagner killed four Mexican nationals at a grocery-store parking lot in Rifle. A judge ruled Stagner not guilty by reason of insanity and sentenced him to a mental hospital from one day to life. Three psychological profiles confirmed he was mentally insane. Myers said the evidence against Stagner ensures he will not be released.

• Myers withdrew the DA’s office from an undercover drug-enforcement program, citing mismanagement and improper arrests. “Since 2003, the task force had become the sloppiest, most poorly managed law-enforcement agency I have seen . . .”, he told the Glenwood Springs Post Independent.

• He implemented a domestic-violence counseling program instead of a state-mandated one; his plan reduced recidivism rates significantly.

• In 2003, Myers landed in hot water when it was revealed his DA’s office had failed to inform defense attorneys of a policeman’s criminal history involving official misconduct. According to the Post Independent, Frisco police officer Michael Williams was arrested for allegedly throwing out an original Breathalyzer test during a DUI arrest in favor of a second test with a higher reading. He was forced to resign, and in 1999 was hired as a Silt policeman in Myers’ district.

Williams’ record of criminal misconduct was passed on to defense attorneys by Myers’ staff as part of office policy but not consistently, prompting an investigation.

Cases where the defense was not informed of the violation, and which hinged on Williams’ testimony, had to be re-done or thrown out. Myers apologized for the error, and maintained it was not intentional, explaining there was a communication mishap between him and an employee. The Attorney Regulation Counsel cleared him of any ethics violations, after an investigation.

“To make sure that doesn’t happen again, we need to make sure [law enforcement] does not have any prior [convictions]. I do think that our sheriffs and chiefs should make us aware if we have problems there,” Myers said.

In the 22nd district, which includes Montezuma and Dolores counties, he says methamphetamine abuse, and crimes associated with it, are a priority. Focusing more on “dealers who are the ones pumping drugs into the system” rather than on users is a part of his strategy, Myers said.

More effort is also needed in prosecuting crimes against children, he said, adding that too many cases are not charged or are dropped. Conviction on such crimes is tough and now more so because of a U.S. Supreme Court ruling that requires victims to take the stand and testify in open court.

“The Child Advocacy Center is a huge resource to help families and children psychologically prepared to testify and I think we can do that in more of these cases.”

Overall Myers said his plans for improving the office include reducing crime recidivism, recruiting at least one attorney with significant trial experience to anchor the district court, stabilizing the staff and boosting prosecution numbers.

“My perception is that there has not been really good prosecution here for a while,” he said. “What I really want to accomplish here is to set that in place to improve conviction rates and then pass that system on to future DAs.”