District Attorney Mac Myers sees the recent history of the prosecutor’s office in the 22nd Judicial District as troubling and, if elected to a full term in November, plans to continue on a path toward what he believes are sorely needed reforms.

“I’m probably viewed as a tougher prosecutor than past prosecutors here, but we make every effort to be fair,” he said. “I’m not trying to say the Wilson administration wasn’t doing things right, but I do things differently.” 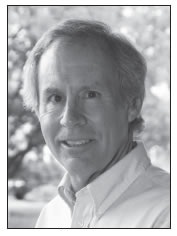 Myers, a Democrat, was appointed by Gov. Bill Ritter only this summer to fill the vacancy left after former DA Jim Wilson died in a motorcycle accident in May. Myers had resigned as one of Wilson’s assistant DAs in 2007 and came within 150 votes of replacing him in one of the closest races in the state during the last general election. (In the rather incestuous world of Western Slope justice, Wilson had also served as a deputy under Myers in the 9th District, the Glenwood Springs area; and Russ Wasley, Myers’ Republican opponent this November, has worked for Myers as a assistant DA in the 9th as well.)

During his previous election bid, Myers cited a high turnover among the staff as a perennial problem, along with the resulting lack of experience.

Turnover is not currently an issue, Myers said, and the staff has gained some experience during the interim.

“Of course, two more years have gone by, and so one of the attorneys who’s still here certainly is more experienced,” he said. Three of the four assistant prosecutors own their homes, he said, which would seem to indicate they plan to stick around.

“We’re basically changing some of our prosecution standards,” he said of his plans. “I’m wanting all our lawyers to try more cases and we’re also trying to get more training done.”

Myers has worked as a prosecutor for 23 years since finishing law school in 1980, including eight years as DA in the 9th District, and hopes to use his experience to tighten up the procedures and practices here. He has also worked as a criminal defense attorney.

Myers said he is trying to bring more focus to the DA’s office.

“We’re trying to prioritize our cases and focus our resources on those that create the most damage to the community,” he said. Those crimes include sexual assaults and child molestations at the district-court level and domestic violence and DUI cases in county court, with repeat offenders getting special attention.

“One of the very last guys I filed on before I left the office in 2007 was the first guy I filed on when I came back,” he said. “In the long run it’s going to be a huge benefit to the community in terms of public safety to go after the violent and repeat offenders.”

However, he added, “I’m not suggesting that we’re ignoring (property crimes). Obviously they hurt people when things are stolen, when checks are forged.”

“I do think there needs to be a response (to drug-abuse problems),” he said, but if people busted for possession and use are willing to get treatment, “we’re willing to work with them.

“In a sense drug abuse is a medical/social problem,” he said. “There are a lot of otherwise productive people in our society who have a drug problem and we don’t want to destroy their lives and cause them to be unduly hampered once they get over their addictions.”

But trafficking in drugs is a different matter, Myers added.

“Those are the people I take very seriously,” he said. “I think the distribution of drugs — particularly methamphetamine — has really had a bad impact on our community. I think drug dealers need to be treated very separately from users, and more severely.”

Even people who deal to support their own habits “do so at their peril,” he said.

Asked if legalizing drugs to eliminate the crime associated with street trade might be a better approach, Myers drew some fine distinctions.

“There’s a lot of talk about legalizing drugs, but when you look at it closely I think you need to separate them out,” he said. “I’m not overly concerned with marijuana and I think there’s a lot to be said about exploring the possibility of legalizing it.

“But other drugs, like methamphetamine, are just too hazardous to the community. I would not be supportive of legalizing a drug like meth.”

Myers said he has no problem with medical- marijuana clinics as long as they are operated according to state law. He compared the regulations to those that apply to the alcohol industry.

“When you get a liquor license, they run background checks, so I don’t think the old pot farmers out in the county who may have been busted a few times are really the ones you want if you’re doing a legitimate business.

“But I do think there’s a place for medical marijuana in our society, and I don’t personally have any problems with it” so long as the dispensaries are kept away from schools and residential neighborhoods through local zoning ordinances.

A large bone of contention between the candidates is the manner in which Wasley left his job. Wasley has maintained he was terminated by Myers, and questions the sincerity of the incumbent’s decrying high turnover while forcing him out.

Myers has a different take.

He explained that deputy DAs serve at the pleasure of the district attorney and whenever that office changes hands, the deputies all take a new oath of office. Wasley was not reappointed, he said.

Myers said Wasley was “not a bad employee” when he worked under him in the 9th Judicial District, something Wasley had cited as evidence of why he should have been retained.

“But that was back in 2004,” Myers said, “and he did county court work there, traffic and misdemeanor cases — things have changed.

“I would have preferred that (Wasley) would have been able to stay because I didn’t want to put the stress on the office,” he said.

“But what I kept trying to impress upon Russ is that it was important to me to bring this office together because there had been a lot of bad things that had occurred.””(Wilson had been arrested for DUI a few months before his fatal accident.)

“Yeah, I was happy with him in the 9th, but what was puzzling to me was why he had bounced around so much, why he had been in so many different judicial districts.” Myers pointed out that Wasley had worked for only nine months in the 14th Judicial District after leaving the Glenwood Springs office. (In his interview with the Free Press, Wasley said it is not unusual for a deputy DA to change jurisdictions, and said that Myers had moved around quite a bit himself.)

Myers said reducing conflicts in the office was the main factor behind his decision not to reappoint Wasley.

“I said, ‘I just don’t understand how I can trust you to execute my policies when you’re working against me,’ and he seemed to understand that.”

Myers said partisan politics should have no place in the DA’s office. “As far as I’m concerned, everybody gets equal justice and it doesn’t matter what your party affiliation is.”

That includes his staff, he added, whom he told would not be expected to support him through donations or yard signs.

“I’d like people of the district to think of the race as a job application,” he said, “and if they can set their partisan feelings aside and look at my experience and record and what I’ve done with my career over 30 years compared to my opponent, I think they’ll reach a reasonable conclusion.”