‘One Book, One City’: Area libraries launch an effort to create community around the written word with a joint reading program 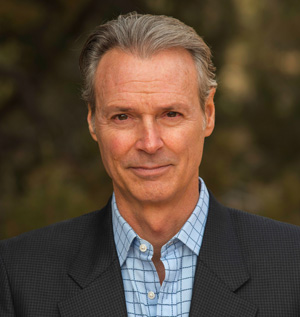 Chuck Greaves will give an introduction at the launch of the One Book/One City reading program in Cortez. His new novel, Church of the Graveyard Saints, is the first book to be read in the program. The launch will take place Friday, Sept. 27, at 5:30 p.m. at the Cortez Public Library.

Cortez Public Library’s Kathy Berg is no stranger to creating community around the written word. Heading up the adult programs at the library for many years, she previously did much the same at the Salida, Colo. Public Library.

Which is where she first heard about the concept of “One Book/One City.” Her good friend, author Kent Haruf, told her of his experience in Kansas City, where his award-winning book, Plainsong, was featured and consequently read all over the city — in its libraries, schools, homes, bedrooms, cafes, parks; in venues both large and small.

Here in Cortez, Berg has been kicking around the idea for years with her good friend, local author Chuck Greaves. Greaves, who’s been a big supporter of the library and has a long history with other public libraries, served on the selection committee when Pasadena, Calif., launched its One City/One Story program in 2002.

When Berg heard that Greaves’ latest novel would be out in September of 2019, and that it was set right here in the Four Corners, she rekindled the possibility. It was first imagined as “One Book, Three Towns in Montezuma County.” But now this has morphed to Four Corners/OneBook. And very soon the project will gain an official “Cortez Reads” day, so proclaimed by the Honorable Karen Sheek, mayor of Cortez.

The inaugural 2019-2020 “Four Corners/ One Book” community-wide reading program aims to connect residents of the greater Four Corners region through the shared experience of story. The participating libraries/communities include Moab, Utah, plus the Colorado towns of Montrose, Dolores, Cortez, Mancos and Ignacio.

Each library will plan its own events and promotions for its community, launching in September. The group will share a new Facebook page (find it at “FourCornersOneBook”) where all area events, and of course, comments, can be posted.

The concept, first developed in 1998 by the Washington Center for the Book, invites interested readers to experience the same book at the same time, then to gather together in their respective communities to discuss the book and the issues it raises with the visiting author. Other, related events may be developed to further the program’s goals of promoting literacy, encouraging dialogue and building a wider sense of shared community.

The Cortez Library launch begins on Friday, Sept. 27, at 5:30 p.m., outside under the Library Willow. Sheek will officiate, cutting the ribbon on the Four Corners/One Book program. Refreshments and prizes will help mark the event, as well as a short introduction by none other than the first book-selection author, C. Joseph Greaves!

Following the ribbon-cutting ceremony, Greaves will talk about his new book, Church of the Graveyard Saints, followed by a book-signing. Local bookseller and library sponsor BOOKS will be on hand for those who would like to purchase a copy. The library will have a number of copies available for patrons to check out.

Church of the Graveyard Saints is a departure from Greaves’ mysteries. Set in the Four Corners region, where we find familiar names and settings, this contemplative novel asks the question, “can one go home again?” It’s about place; it’s about family; it’s about love; it’s about saving the earth. It’s mostly about environmental issues – some that we have read about, thought about; lots we haven’t. Next January, Greaves will be returning to the library to facilitate discussion groups about the book.

Greaves has been a finalist for most of the major awards in crime fiction including the Shamus, Macavity, Lefty, and Audie, as well as the New Mexico- Arizona, Oklahoma, and Colorado Book Awards. He is the author of five previous novels, most recently Tom & Lucky (Bloomsbury), a Wall Street Journal “Best Books of 2015” selection and finalist for the 2016 Harper Lee Prize. He writes both mystery fiction (as Chuck Greaves) and literary fiction (as C. Joseph Greaves.)

Sponsors are The Farm Bistro, the Four Corners Free Press, KSJD Community Radio, BOOKS, and the Friends of the Cortez Public Library.

Kickoff events for the reading program will also take place at Maggie’s Books in Montrose on Sept. 23 at 7 p.m. and the Dolores Public Library on Oct. 4 at 6:30 p.m.