One man’s story: A personal remembrance

This is about my desire to impress upon people the importance of The Bridge Emergency Shelter. I could begin by giving statistics about homeless people in the United States. Statistics like, “Over the course of one year, between 2.5 million and 3.5 million people will live either on the streets or in an emergency shelter.” or “It is estimated that 23 to 40 percent of homeless adults are veterans.” 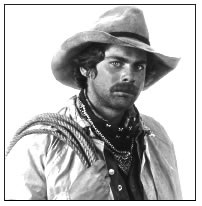 Wendell Harris, Roni Anthony’s uncle, was a homeless man in Cortez until his death from exposure in April 2008.

While those type of statistics are quite overwhelming at first, I don’t believe we carry them with us. How does one gauge “a million”? How can we feel empowered to make a difference, even if we do grasp the idea of more than a million people having no place to call their own, to be safe and warm and fed? How can we help veterans or people with mental illness?

Pretty soon, those type of overwhelming statistics are forgotten, mostly because there are no human emotions attached to statistics. While they may be important bits of information they have no name, no face, no soul, and they give us no idea how to get involved and make a difference in the lives of REAL people.

Wendell Harris is one such client that shows the importance of the shelter. Wendell spent many a cold night at the shelter, was warmed by a hot meal and drink, and had a warm dry place to rest his head at night. Many people saw Wendell walking around town, or gave him work. He was a slim figure in denim with a dusty cowboy hat and a wisp of dark curly hair underneath and the bluest eyes a person could have. He had a polite and quiet manner, for the most part, and sometimes was accompanied by a heeler dog.

Since the first incarnations of the shelter in Cortez, Wendell was there. Sometimes sober but sometimes caught up in the grasp of a demon that never let him go. Because of alcohol, he gave up the life that most aspire to and gave in to a life on the street. In the last years Wendell always did his best to work but he never held a steady job. He failed to make the kind of lasting relationships that carry people through difficult times along with good ones, and he pushed those away who truly wanted to help him and love him. He could not shake his demon, and even though he tried many times to do so, in the end the fight was too much.

Yet it wasn’t always that way. As a girl I spent many summers with my cousins in our beautiful Colorado mountains at a family cabin. We rode horses and checked cows, we learned how to bugle for elk and cook on an open fire. We learned how to appreciate tall wildflowers because of magnificent summer storms, and spent many afternoons on horseback watching quietly for elk and bears. We learned how to work hard and not complain. Some were hard and important lessons, but, oh, the water tasted sweeter at the end of the day when you forgot to fill your own canteen. We learned not to be prissy girls who refused to get our hands dirty. All lessons that have served me well in life.

Wendell had a hand in each of these memories. Our Uncle always had time to give us, and while we were never coddled, we always knew we were loved. He had a story and a smile, he cried tears at the death of pets and friends and family, he loved and he hurt. He was a human being with God’s light in his eyes, yet there was a flaw. I read a quote that stated “Homelessness is an inadequate experience of connectedness with family and or community.” I feel that this was the case with Wendell. He never felt that he “fit,” and, unfortunately, alcohol never judged him as he felt the world somehow did.

As a grown woman I saw one of the idols of my childhood turn into a lost soul. It was an extremely difficult thing to know that he was now classified as one of those 2.5 million statistics. There was no way to reach out to him, to let him know that he was worth more than the way he was living. That his artistic talent and love for nature should be things that bolstered him up and kept him going.

He always felt that we judged him, probably because he judged himself so harshly. However, the shelter never judged him and I don’t believe that he ever felt that it did, or he wouldn’t have spent one single night in the place. Holding true to their Vision Statement they provided him shelter in a manner supporting his dignity. They opened their doors to him, listened to him, and encouraged his self-sufficiency. As his family, we had fewer sleepless nights knowing that he would be fed and warm when the winter winds were blowing. The shelter became the safety net that Wendell would not allow us to be. We will always be grateful.

In April 2008, Wendell passed away from exposure due to intoxication one week after the shelter closed for the season. There was a cold snap, and he was finally able to be free of that awful word “alcoholism.” To help combat the loss I got involved in fundraising for the shelter. Some good must come from Wendell’s story, and he would like to know that the shelter was able to continue to provide for those who felt they had no other options.

It is a cause now very dear to my heart. To be honest, before my personal involvement, it was easy to dismiss homelessness. It was too simple to let the title “homeless” be what defined a person. Statements like, “Why can’t they get a job?”, or, “If they’d give up drinking, drugs, etc., they could make a life for themselves just like the rest of us have to do.” I feel ashamed that those were my words at one point in my life. Now, I believe that it is not for us to judge the shoes that we have never walked in. I cannot know another person’s struggle, but I can do my best to lighten their burden along the way.

I am thankful that my uncle showed me the way. Through my loss I hope that I can show others.

You see, all of the people who use the shelter are human beings. There is always a niece or a sister who remembers a better time in that person’s life. A mother who remembers a warm smiling baby, a teacher that felt joy when a student learned to read or add, an animal who felt the warm loving touch of that person, or a stranger to which a simple smile and “hello” was given.

Each person that comes to The Bridge in search of a warm meal and shelter from the storm, whether that be the cold winter nights or the storm in their soul, each of those people is a light in the world. When their light is gone, it is extinguished for good. We have lost something.

The problem of homelessness goes beyond race, addiction, age, or infirmity. All walks of life could find themselves suddenly in need of a caring hand to guide them through. In today’s economy it could be a loss of employment or a sickness that brings one to the title of “homeless.”

The Bridge is constantly making efforts to be true to its name. It evolves all the time with ways to help people keep that light burning, and to “bridge the gap” between homelessness and self-sufficiency.

However, people must get involved and decide to “look.” Look at the story in the eyes of people who are homeless. Look at the countless people who believe in this cause and with unwavering devotion show up each and every time slot that needs to be filled to help homeless folks down their difficult road. We want to be the shelter from that storm that some can’t otherwise find their way out of.

I’ll leave you with this:

“We think sometimes that poverty is only being hungry, naked and homeless. The poverty of being unwanted, unloved and uncared for is the greatest poverty.” — Mother Theresa

Roni Anthony is a member of the board of directors for the Bridge.