Reaching out for help: School District Re-1 asks the community to fill some shortages

Montezuma-Cortez School District Re-1 is so short of teachers and staff that it is pleading with the community for help.

“We’re asking the community to help us with our workforce concerns,” Superinten­dent Risha VanderWey told the Four Corners Free Press in a telephone in­terview. “Re­tired teach­ers or anyone who has the flexibility to support our schools in this time of need – we’re asking their help. We need substi­tute teachers, janitors, bus drivers – we need help.” 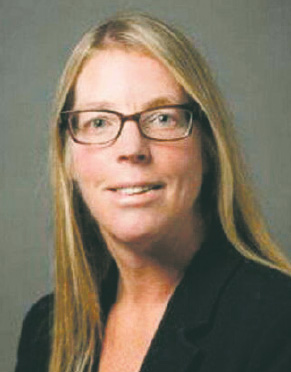 VanderWey said that the district has been in a criti­cal workforce shortage for years. She is in her first year as superinten­dent of Re-1, having most recently before this worked as superintendent of the Tuba City Unified School District in northern Arizona.

On Oct. 1, there were 45 teachers absent from school in the district for a variety of reasons, ranging from illness to having sur­gery to taking personal days, and substitutes were not available for 16 of those positions, VanderWey said.

“It’s not just our school district. All are having issues” with teacher shortages, she said.

The state of Colorado has lowered its requirements for substitutes. People with a high-school diploma or GED can receive one-year authorizations to be subs. They have to undergo a background check and fingerprinting. VanderWey said people with associate’s or bachelor’s degrees will receive higher pay than those without them.

While the regular teachers leave lesson plans for substitutes to follow, it still can be “tremendously challenging” to walk into a classroom as a sub, she said.

But, she added, “It’s tremendously chal­lenging to be a [regular] teacher, and we need to support them. They’re not getting support right now, so they’re leaving.”

According to an article on the website frontlineeducation.com, 75 percent of school dis­tricts in cities of any size, 65 percent of those in rural districts, and 60 percent in suburban ar­eas were re­porting teach­er shortages in 2021.

Vander­Wey told the Free Press that while the local area is by and large “a posi­tive place,” there has been negativity expressed at recent school-board meet­ings that is hurting staff morale, par­ticularly among teachers.

“We need to show our love and our ap­preciation and our honor and respect for people doing one of the hardest jobs in the community,” she said. “We are failing them, so we are also failing our kids.

“It crushes my heart to see the way we treat our teachers.”

The shortage problem was discussed Oct. 1 at a special Zoom meeting of the Re-1 board, which is down to five members after the recent resignations of Jack Schuenemey­er and Chris Flaherty. (See article on Page 3..)

The meeting was held to discuss Vander­Wey’s request to be given the authority to move the schools into remote learning in the case of emergencies such as a CO­VID-19 outbreak or staff shortage. The board rejected the request, instead voting to impose a two-week mask mandate in the schools because 22 students and five staff members had tested positive for the coro­navirus, and 156 students were quarantined. The mandate ends as of Sunday, Oct. 17.

During the meeting, VanderWey said the staffing problem has been present for a long time. “Couple the workforce challenges with the recurrence of Delta [the Delta variant of COVD-19], and it becomes a very diffi­cult situation and people are really stressed. We are at a critical space.”

She told the board that using her author­ity to declare an emergency move to remote learning would be a last-ditch measure. “Hopefully I would never have to utilize it,” she said.

But the board said it would prefer that she call them by telephone to have them vote and give their possible approval if she sees the need for that sort of measure. She told them timeliness might be a problem, as she might not be able to get in touch with all of them in a hurry. She also said that in such an emergency she’d be calling the board presi­dent and others as soon as possible to notify them.

They voted 4-1 to approve the two-week mask mandate as an alternative to VanderW­ey’s request. Sheri Noyes voted no because she did not want to have children wearing masks and didn’t believe it would make a difference.

But Tammy Hooten told Noyes the two-week mandate “would then again prove ex­actly what you and I have been saying, that the masks aren’t going to help. This would help prove that fact.”

In reference to the personnel shortages in the district, the board members suggested using local media, social media, emails, and letters carried home by students to empha­size the need for help.

VanderWey told the Free Press that she hopes the community will step up to help fill some of the shortages in Re-1 schools.

“We have a need in every area in our or­ganization right now,” she said. The district is short by 15 teachers as well as lacking in adequate numbers of substitutes, plus cus­todians and bus drivers.

“It’s important we are fully staffed,” she said. “We have to ensure we have adequate staff to provide a good education. We don’t overstaff.”