March 8 is International Women’s Day. March has been designated Women’s History Month. During March we celebrate the contributions women have made and recognize the specific achievements they have made in history in a variety of areas. 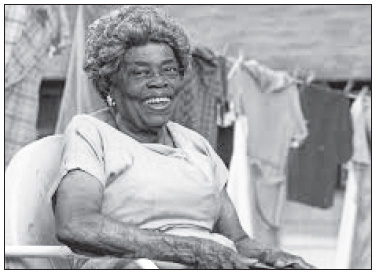 Here are nine facts about issues facing women and girls around the world, put together by Global Giving. Maybe we have not come such a long way, baby! What can you do to support women in their fight for equality?

Oseola McCarty was born on March 7, 1908, in Wayne County, Miss. Hers was not an easy life and her beginning tragic. Her mother was raped in rural Mississippi as she was returning from tending a sick relative. Little Oseola was raised by her grandmother and aunt, who both cleaned houses, took in laundry and cooked.

When she was young she would come home from elementary school and iron clothes, putting all the money she earned away in her doll buggy. The three women relied on each other. When her aunt returned home from a hospitalization unable to walk, Oseola dropped out of sixth grade to take care of her and take up her share of the work as a washerwoman. She was never able to return to school, but she kept saving her meager earnings.

Oseola worked her entire life scrubbing and cleaning for others with lye soap, a scrub board and her bare hands. She was a washerwoman with the red, chapped hands and aching back that went along with her work.

“I would go outside and start a fire under my wash pot. Then I would soak, boil and wash a bundle of clothes. Then I would rub ‘em, wrench ‘em and rub ‘em again, starch ‘em and hang ‘em on the line. After I had all the clean clothes on the line, I would start on the next batch. I’d was all day and in the evenin’ I’d iron until 11:00. I loved the work. The bright fire. Watching the wet, clean cloth. White shirts shinin’ on the line. Hard work gives your life meaning. Everyone needs to work hard at somethin’ to feel good about themselves. Every job can be done well and every day has its satisfactions. If you want to feel proud of yourself you’ve got to do things you can be proud of.”

While she was unable to benefit from it, she recognized the value of education. In 1995, at the age of 87, she donated her life savings, $150,000 earned by the sweat of her brow, to the University of Southern Mississippi for a student scholarship program. When she was reminded that the university she was giving her money to what had been white-only until the 1960s, she answered with equanimity: “They used to not let colored people go out there. But now they do. And I think they should have it.” She said, “I want somebody’s child to go to college. I am giving it away so that the children won’t have to work so hard, like I did.” She became the most famous benefactor of the university.