For Cortez businessman Scott Tipton, his second run for Congress has a certain ring of familiarity. His opponent, incumbent Rep. John Salazar, is the same as in 2006, the long and winding roads through one of the largest districts in the country still seem to stretch endlessly as he drives himself from one campaign stop to another, and many of the same burning issues remain. 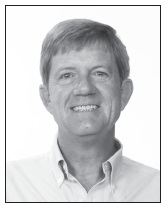 Tipton, with little support from the national Republican machine, lost that contest four years ago by a nearly 2-1 margin, but is poised to do much better next month in a race Washington pundits have labeled a toss-up.

What gives the former state representative a more realistic hope of winning the seat is the mood of the country.

Voters are angry, according to the polls, and do not particularly care upon whom their bipartisan wrath falls as long they’re members of the Washington establishment.

And voters are scared, looking for any solutions to seemingly intractable problems, including an anemic economy and the resulting dearth of jobs.

“I’ve walked a good majority of the Main Streets in the 3rd Congressional District and I’m seeing businesses that are dying – Closed signs, For Sale signs, Going Out of Business signs,” Tipton said in a phone interview with the Free Press.

“We’re seeing our communities suffer and that’s got to be our focus right now. We have to be able to get our people back to work because we have communities that are not just in a recession, but in a depression.

“I think we have to have a Congressman who’s going to be putting forward ideas that are sensible and also attainable,” he said.

Those ideas include his “10-10-10” proposal: reducing discretionary federal spending by 10 percent and at the same time reducing the capital-gains and corporate income taxes to a 10 percent, with no deductions or exclusions. He does not offer specifics about what programs would be cut or how such sweeping tax reductions would affect federal revenues or the deficit.

“I’m not saying no government,” Tipton told supporters at a Sept. 4 meeting in Cortez. “Government has a role to play, but it needs to be a limited role.

“We all know we need to pay taxes. There is no free ride. Somebody has to pay, but we can over-reach.”

One of the programs that over-reaches, Tipton believes, is President Obama’s health-care reform programs, even though certain provisions that took effect just last month are seen as long-needed by many advocates. No longer can insurance companies cancel policies because of an extended illness, nor can they deny children or those with pre-existing conditions coverage, and young people can stay on their parents’ insurance until age 26.

According to a recent government report, however, 50 million Americans still have no health insurance, many having lost their coverage along with their jobs.

Tipton believes economic growth that creates more jobs in the private sector will provide employer-based health care for some of these. He advocates allowing insurance companies to sell policies across state lines and creating individual medical savings accounts as workable solutions to the health-care crisis, and the best way to keep premiums affordable. He also believes tort reform would significantly cut health-care costs.

“We need to get America back to work,” he said, maintaining Obama’s stimulus package has failed to have a significant impact and created only about 600 jobs in the 3rd District.

He conceded, however, that problems in the health-care system that can’t be solved by the free market would still need to be addressed.

“We have people who are basically uninsurable – they’ve got a pre-existing condition that does not cash-flow out for insurance,” he said. “Can we create pools – that’s an area the government can look at, but it needs to be separate from what the Obama administration and John Salazar are proposing.”

Tipton said even though his opponent has portrayed him as being opposed to providing health care to children and otherwise uninsurable adults, “That isn’t the case, but there’s a better way to approach it.”

On one aspect of health care that has been much in the news lately, Tipton said the Colorado legislature had “none too successfully” tried to deal with regulating medical- marijuana dispensaries earlier this year, a full decade after voters approved a constitutional amendment legalizing the drug for certain ailments.

“Colorado made that choice and the amendment was passed,” he said.

“Everybody’s heart was in the right place,” he said, “but we’ve now put our police, sheriff’s departments and communities in very uncomfortable positions in terms of monitoring this.”

Tipton said President Obama had caused problems by announcing that federal marijuana law would not be strictly enforced in states that have approved medical use of the drug.

“We’ve got a federal law and the president said, ‘No, we’re going to ignore it’.”

But he stopped short of saying DEA agents should go back to arresting medicalmarijuana users.

“This is down to the state and community level right now,” he said. “[Obama] has already made that call and it’s going to be out there – I think that he helped create a problem.”

Tipton said he believes it would be better for medical-marijuana patients to take doctor-prescribed synthetic THC in the form of pills manufactured by pharmaceutical companies.

On the knotty issue of air quality in the Four Corners, Tipton offered an idea that would involve using federal tax dollars to buy equipment to modernize the worst polluters, such as the notorious Four Corners Power Plant on Navajo Nation land near Shiprock, N.M.

“We have very unique circumstances in terms of what we’re dealing with locally,” he said, because Colorado is downwind from the plant yet has no say in its operation.

“Just south of us we have the most polluting plant in the United States.

“I can remember as a boy you could see Shiprock every day,” said Tipton. “We’ve got to be addressing what’s certainly become a health concern.”

“Is there a portion of that budget we could spend less on bureaucracy and have it dedicated to actually correcting the problem?” he said. “Could we use some of that money to put scrubbers in down there [at Four Corners]?

“We know we’re in debt through the roof in this country, but theoretically the money is in the barn for the EPA in that budget, so rather than just paying for bureaucracy . . . could we use some of those resources to actually help fix the problem.”

Tipton would not say whether he supports Desert Rock, a giant coal-fired power plant proposed for the Navajo reservation, saying he would have to review his notes to see what technology would be involved.

At any rate, he said, the cost of clean-air technology has to be balanced against the impact on energy costs to consumers, particularly senior citizens and others on fixed incomes.

“They didn’t get a cost-of-living increase, even though Congress did in this last cycle, and all of a sudden they’re supposed to come up with 8 to 10 to 15 percent more just to keep warm in the wintertime.”

Tipton vowed not to support any cuts to Social Security programs, and said he is “not on board” with the idea of raising the retirement age.

Although Tipton appears to have the lukewarm support of the Tea Party-9/12 crowd, he parts company from some of their more radical views.

The so-called “birthers,” who believe President Obama has a fake birth certificate and was actually born in Kenya, are just flat wrong, he said.

“Obama is our president and he is an American, period,” Tipton said emphatically. “If there were any ‘there’ there, don’t you think Rush Limbaugh, Sean Hannity or Bill O’Reilly would be running with that?

“Obviously I greatly disagree with the president’s economic policies, but I do not question [his origins or citizenship] at all.”

Tipton left himself some wiggle room when stating his position on the provision of the 14th Amendment that grants U.S. citizenship to anyone born on American soil, suggesting its meaning is subject to “interpretation.”

“They’ve said it’s settled law based on a Supreme Court ruling, but there may be some challenges there,” he said. “There are different interpretations of what that means according to the Supreme Court.”

However, he added, “Anyone who’s been born here until that is addressed is an American citizen — that’s not even up for debate.” Although Tipton said illegal immigration is an issue to which there is no perfect solution, he was enthusiastic about a “red-card” plan being touted by a Parker businesswoman that would recruit foreign workers for specific jobs during specific time periods and grant the workers unfettered travel across the border during their period of employment. These guest workers would be provided with ID cards embedded with a microchip, thus enabling employers to immediately verify their status.

“This is a step in the right direction because it . . . deals with the amnesty issue,” he explained. “People are going to have forewarning that we’re going to be drying up the job supply . . . because you’ve got to have this card if you’re going to be working here legally,” and employers will no longer have an excuse for hiring illegals.

“It’s time for John to come home,” Tipton replied when asked to comment on his opponent. “The votes he’s cast over these last 18 months dispel the notion that he’s been an independent voice for us. He’s voted with (House Speaker) Nancy Pelosi 97.2 percent of the time.

“That is not an independent voice.”