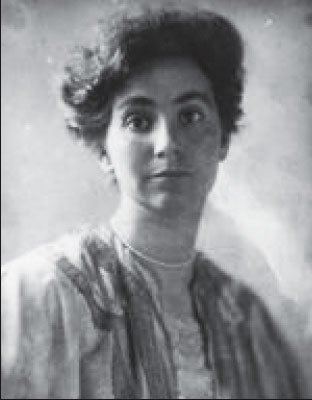 Children should be seen and not heard. This was a common belief of her time, but one strongly rejected by Lucy Sprague Mitchell. Growing up in a well-to-do family, where children’s days were rigidly scheduled and expectations of her were high, young Lucy came to feel that she was incapable of pleasing her parents, that she was an inadequate person. Yet these feelings gave her the impetus to seek new ideas about child-rearing and education. Ultimately, she founded a college on those ideas.

She was born Lucy Sprague in Chicago, Ill., on July 2, 1878. Lucy was the fourth of six children of Otho Sprague, a wholesale grocer, and Lucia Atwood Sprague. Her father and his brother and another man, Ezra Warner, had been farmers in Vermont before moving to Illinois, where they started the Sprague- Warner Company that quickly became one of the largest wholesale grocery businesses in the world.

Lucy was educated at home with private tutors until she was 12 when she was enrolled in a local private girls school, but soon left because she had so much anxiety and felt great stress when going to class. It was too busy and structured for her. Back at home she read every book in her father’s extensive library and began to write stories, secretly, filling many notebooks. Eventually, she wrote many books that were published in her lifetime.

Although higher education was still uncommon for young women, Mitchell entered Radcliffe College in 1896. Studying John Dewey’s theories, she was especially impressed with his idea of education as a “social function,” connecting the child to the experiences of others. She graduated with high honors in philosophy in 1900.

She became the first dean of women at the University of California at Berkeley. This was at a time when women were beginning to organize at the university, preparing to acquire rights and privileges denied them simply because of their gender. She lectured in the English Department, promoting educational and career opportunities for women from 1903 to 1912.

In her time children were taken care of but silenced. They were looked upon as inferior and given strict scheduled lifestyles. She didn’t understand how anyone could expect to teach children when they do not understand the way children learn and what they are interested in learning. She wanted children to interact and learn through experiences. Her theories focused on relationships.

With some clear goals in mind, Mitchell left California for New York in 1913 and started the Bureau of Educational Experiences (BEE), which coordinated and sponsored experimental schools around the country and maintained its own nursery school. She promoted the development of healthy, emotionally secure children, “whole children” as she called them, as a way of building toward a “progressive, humanistic society.” Her focus was the study and develop optimal learning environments for children. The BEE evolved into the Bank Street College of Education. Mitchell’s early conflicts, which centered on how to grow and change as a female living at the turn of the century, set the stage for the Bank Street model of education. The school became known not only for its contribution to the early education of young children, but for enhancing the development of its faculty, including helping them recognize social problems and their responsibilities to the world at large.

There is so much more to her life, her writing and philosophies, I encourage you to look further into the life of this wonderful woman. Thanks for reading!

Margaret “Midge” Kirk is a slightly eccentric artist, writer, bibliophile, feminist scholar and hobby historian who lives in the SW corner of Colorado. She can be reached at eurydice4@yahoo.com or visit her website www.herstoryonline.com.