It’s time to prioritize with an eye to getting lean and mean, says Sen. Bruce Whitehead. Whitehead, a civil engineer and water guru, aims to continue as senator in District 6, the seat to which he was appointed in 2008.

Projected state budget shortfalls for Fiscal Year 2011 exceed $1 billion, and according to The Associated Press, Gov. Bill Ritter could have to trim millions more from 2010’s budget as well, despite having already shored up a $60 million cut with money from Colorado’s medical-marijuana registry, and cannibalizing the funds local governments receive from federal minerallease revenues. 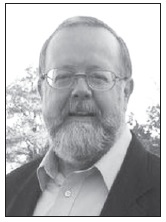 “That’s a concern to everyone. Everyone will feel the impact to that, and already has in some ways,” Whitehead said. “I believe we need to look at efficiency, and that will help resolve some of that.”

Whitehead said he’s already found ways to increase efficiency, and acted on them: for example, he was Senate sponsor for HB 1403, a bill that saved $200,000, just by allowing the Colorado Secretary of State’s office to use e-mail instead of postcard notification for those who opt out of notices by mail.

“I am not a proponent of an across-theboard cut,” Whitehead said. “We will have to prioritize and determine what our most critical programs are.”

“I think K-12 should be near the top. It’s our kids’ future. As we look at trying to lure business back to the state, one of the things they are going to look at is what kinds of educational opportunities are out there for their employees” and their children, Whitehead said, calling education the basis for the state’s recovery.

“That will be hard. It will mean more efficiency in government,” he said.

“Without the revenues, there have been some discussions about the fee structure,” he added.

One such fee structure, FASTER, raised motor-vehicle registration fees and changed late-fee rules. Whitehead was not in office when FASTER was put in place. But he heard from constituents who were having a hard time with new fees imposed on trailer registrations. Whitehead then proposed an adjustment to reduce late fees for trailer registration, fees he said didn’t generate a major source of revenue to begin with.

FASTER is, he said, an example of how a fee can be used to offset costs — in this case, costs to the transportation department.

Whitehead said he’s no proponent of fees, but that the legal interpretation by which the Legislature is bound holds that fee increases are not new taxes in disguise.

“That (fees are not taxes) has not been the interpretation of the Attorney General’s office,” he said. “I think we have to go with that interpretation.”

He reiterated the need for prioritization.

“We’ll need to decide what types of services to maintain, and how to do it,” whether by fee structure, or through the budget. If that can’t be done, the service won’t be available, Whitehead said. Three questions already facing voters this fall could make a bad economic situation worse, Whitehead and Roberts agree.

Amendment 60 would makes significant changes to property-tax law — including the requirement that enterprises and taxing authorities pay property tax. It wipes out local voter-approved exemptions to the Taxpayers Bill of Rights, which caps the amount of revenue state and local governments can retain.

Amendment 61 bans state and local governments from using any form of debtfinancing; under a strict interpretation, a county government couldn’t even lease office equipment without voter approval.

Proposition 101 would cut state and local vehicle taxes, plus telecommunication taxes, and drop the income-tax rate to 4.5 percent next year, then by 0.1 percent each year, until the rate is 3.5 percent.

“This would have a devastating effect, not only to the state, but also to local governments, special districts, and school districts,” Whitehead said of the impact if all three measures pass. Prop 101, for example, would reduce the Montezuma County school districts’ revenue of $1.1 million from ownership taxes in 2009, to $19,148, according to the Bell Policy Center.

“Folks have already suffered cuts. There’s talk of backfill from the state, but the state can’t do that,” he said. The devastating effects of the amendments and Prop 101 will reach further than people might anticipate — down to wastewater districts, Whitehead said.

“I believe they’ll sound appealing on the ballot, but I hope people will become educated on the impact.”

When it comes to the hot-button issue of medical marijuana, Whitehead says the Legislature needs to respect the will of the people, who in 2000, passed Amendment 20. The law allows people with certain debilitating medical conditions to legally use marijuana, with physician approval and successful application to the state medicalmarijuana registry.

“I approve of what the voters approved in 2000. I think we as legislators and citizens of Colorado have to go with the laws that are in place,” he said. “It is a legal use for medical purposes.”

But, he said, Amendment 20 didn’t exactly put firm rules and framework in place. Then the Obama Administration announced that enforcing federal marijuana laws would no longer be a priority. Medical-marijuana centers in Colorado mushroomed, and the number of patients on the state medicalmarijuana registry also exploded .

Hence, Whitehead’s yes vote on HB1284 and SB109, measures that tightened restrictions on medical-marijuana centers, limited the number of patients a caregiver can serve, and required doctors prescribing the drug to have a bona fide relationship with the patient. More controversially, HB1284 allows local governments to ban dispensaries, or to ask voters whether to allow or ban the businesses.

“The intent is for medical purposes,” said Whitehead. “We want to make sure it’s available to people as voters approved, but it shouldn’t go beyond that.”

The rules and licensing procedures should be reviewed, and may need adjustment, he added. “But I think it’s a good start. … It gives the local governments something to work with.”

Whitehead, who carried 16 bills his first year in office, says his commitment to Colorado shows, especially when it comes to the lifeblood of the Western Slope: water.

“There’s competing interests for water in Colorado,” he said. “There’s always fear (of losing water rights). What we need to do is be efficient in our use.”

Colorado’s growing population also means growing demands on already slim water resources. Whitehead promotes local waterstorage projects, and collaborative efforts, such as those of the Hermosa Creek Working Group, which is working on special legislation to protect both water and other uses, such as grazing, hunting, fishing, and mountain- biking, in the area near Durango.

Whitehead said statewide discussion on water needs to continue as demands for the precious resource increase, and the state also needs to avoid the “buy up and dry up” of agricultural lands’ senior water rights.

He was Senate sponsor for HB 1051, which standardized reporting requirements for water-use and conservation practices in the state among larger water providers.

Some of his other bills dealt with natural resources, species conservation and energy.

“I was actually accused of being a very bold freshman legislator. I jumped right in,” Whitehead said. “I’m looking forward to building on that foundation.”

Serving Colorado has been “a privilege and an honor,” he added. “I’m not a typical politician. This is the first time I have run for election. I know there is a feeling out there that anyone who is an incumbent should not remain. I think there is a need for continuity,” he said.

“I’m trying to do what is right for my constituents.”