Filling in the gaps: A new book fleshes out the Bears Ears story with native testimony

Have you wondered if the people quoted in published news have more to say than the broadcast time or news space allows? If so, and you have been following the stories of Bears Ears National Monument, you are in luck.

Torrey House Press, a non-profit publishing company promoting conservation through literature, has just released Edge of Morning: Native Voices Speak for the Bears Ears. The book is a collection of personal essays, poems and interviews by native writers sharing candid feelings, familial ties and traditions, firsthand accounts of experiences with legal and governmental processes during the effort to protect the land.

The book follows on the success of Red Rock Testimony, a chapbook of non-native and native writing originally published at Torrey House in 2016 exploring the beauty and natural wonder of the area but also offering timelines of the efforts to re-designate public lands in Utah, a record of the public-lands designation process and the benefits of conserving the land for future generations to enjoy.

What the news left out

The recent movement to recognize Bears Ears as a place worthy of federal protection began six years ago with a handful of San Juan County, Utah, Navajo (Diné) residents, the founders of Utah Diné Bikéyah. The fledgling group understood the value of the region to native culture, and believed there was a need for federal protection that could preserve the cultural wealth of the ancestral record that links native tribes to the land for a millennium. 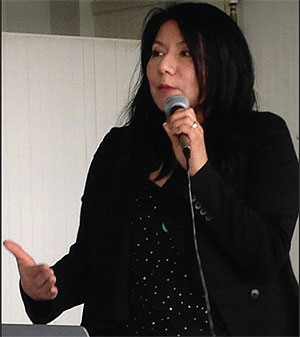 In 2015 the Diné group invited the Ute Mountain Ute and Uintah Ouray Ute tribes as well as the Zuni and Hopi pueblos to join them and create the Bears Ears Intertribal Coalition.

Few news stories covered the beginning steps of the Utah Diné effort to preserve the region. But over time the topic gained traction as the Utah congressional delegation, led by representatives Rob Bishop and Jason Chaffetz, cobbled together a seven-county public- lands use initiative they hoped to pass in Congress that would transfer management of federal public lands to state control and open large swaths of Utah to potential mining and the extraction industry.

Conflicts between Utah Diné Bikéyah and UPLI and the struggle to create a designation plan that satisfied the interests of all the stakeholders, including the native tribes, were widely reported. Soon Bears Ears – the moniker, issue and the place – was in the national spotlight. Regional, national and even global news began reporting the topic. Readers grew familiar with a cast of characters from all sides of the debate.

What is hard to report deeply during such vigorous public discourse is the humanity behind the scene. Who are these people with vested interests in this land and what do they say that didn’t make the paper?

Bears Ears is a multi-cultural, intergenerational economic and spiritual issue that has been covered in-depth by many news sources. It is complex.

But a new publishing platform is now introducing readers to at least one side of the story. Edge of Morning is not journalism, but an accounting of recorded history that will help readers learn more about the native point of view on a deep and personal level.

Some of the contributors are familiar to those following Bears Ears reporting – Willie Greyeyes, Regina Lopez Whiteskunk, Jonah Yellowman. The book is expansive, introducing a multitude of tribal points of view, some contributed by authors well-known in Native American literature such as Simon Ortiz and Luci Tapahonso.

But it is the addition of unpublished voices that layers the collection deeply with the meaning of “land,” its value and caretaking. It is a tender, rich collaboration of voice – youthful, elder, academic, traditional, contemporary, respectful and humble. The mixture enlightens the non-native reader on topics at the core of native belief, shedding clarity on convictions that news media can only touch briefly.

Kirsten Johanna Allen, director of Torrey House in Salt Lake City, Utah, began searching for a publishing model to present reflective individual testimony about the land around Bears Ears. At that point in 2015 a group of writers based in Salt Lake City were considering ways to address the issue. They collected submissions from 34 writers connected to Utah expressing their experience of wilderness, exploration and solitude in the state. Red Rock Testimony, a chapbook, was born four weeks later.

“When Bishop published a draft version of the Utah Public Lands Initiative,” says Allen, “we had to do something.”

The chapbook contained writing by non-native and native contributors. Whiteskunk told the Free Press the request came at a time when she was extremely busy. Her submission was written between flights in airports. But she welcomed the opportunity to explore her family’s deep history with the land.

“I learned so much during conversations with my grandparents – how the rocks take on a life of their own, and when and why we held family gatherings there. When Red Rock Testimony was printed I was so honored to be included among the well-known writers.”

By mid-June 2015, Allen and Stephen Trimble, editor of Red Rock Testimony, hand-delivered cartons of the chapbook to members of Congress, President Obama, and Department of the Interior directors and staff. They hoped it might influence members of Congress as they made decisions about the public lands in Utah.

It offered a “remarkable case for restraint and respect in the incomparable redrock landscape of southern Utah,” said Allen, who told the Free Press that the chapbook “became an exhibit about the effort driving the time-frame, painting a picture about cultural landscape protection.”

But the chapbook was not enough, she explains. The voices of the intertribal leadership were growing more articulate.

“Their effort was an intensity sustained over a long, long period of time and their voices only grew more powerful.” She felt the native writers needed their own book. Edge of Morning began with that premise. “I saw the book as offering a stage for native voices, and we needed a native editor.”

She turned to Jacqueline Keeler, who had contributed to Red Rock Testimony. She’s a journalist/writer and a Navajo/ Yankton Dakota Sioux living in Portland, Ore., who has been published in Salon.com, Earth Island Journal, Indian Country Today and The Nation.

Keeler told the Free Press her tribal affiliation helped the Edge of Morning contributors go deeper into the subject.

“The size of the registered Navajo population is 350,000. Another 200,000 Navajo people qualify as members of the tribe but just haven’t signed up yet. That’s a half a million people. In the late 1860s our population was reduced to 5,000 after the Long Walk to Bosque Redondo and the incarceration there. We are not going away,” she said. “The Navajo population is equal to Iceland’s population today and the Navajo land base is the size of Ireland.”

A map of writing

An interview with Jonah Yellowman opens the book’s first chapter, “Origin Stories/Interviews with Bears Ears Inter-tribal Coalition Organizers.” Talking about the vitality of prayer, he says, “You learn from that, from a patient, every time you do a ceremony for somebody. It adds on to your belief, it adds on to a story, you might be praying about using a story, a trail to walk through.”

Keeler organizes a contextual path through the book that begins in the Bears Ears neighborhood and gradually moves readers into broader indigenous concepts of sovereignty and sacred cultural landscape.

In an interview in the first section, Greyeyes offers details of a back-and-forth during a public presentation on Bears Ears held in Salt Lake City, an example of recurring negative questions from audiences.

“The gentleman in the back did not catch me off guard when he said, ‘Why are you involved [with the Bears Ears National Monument proposal] when the Navajo Nation was paid for that land back in the 1980’s?’ 1984, in fact, I told him. I was on the Navajo Nation Council — the Budget and Finance Committee at that time when the federal government says okay, we will settle this land claim issue for $32 million. The thing that he was trying to do was to possibly corner me. And I said, that’s not the issue. The issue is that BLM land is public land. Anybody throughout the United States has a say about public land. If they have a better land-use plan they can propose it. And this is what it is, our proposal is a land use plan. So I offered him a pamphlet of what is allowable according to the national monument proposal.”

In Part Two, Keeler collects writings from academics, well-known scholars and activists addressing the topic, “For This Land, For the Diné Bikéyah.”

Andrew Curley (Diné), is a postdoctoral fellow in the Department of Geography at the University of North Carolina at Chapel Hill. His work is focused on indigenous sovereignty, political ecology, coal and development.

In the book he explores the strategy of leveraging federal authority effectively, such as at Canyon de Chelly and Navajo National Monuments. “We allowed federal management over these archaeological sites in order to preserve them for future generations, [preventing] state claims and … exploitive practices of non-Native traders.” Although Bears Ears lies outside the boundaries of the Navajo Nation, he says, “we should promote federal management to prevent private or state-sanctioned development that is status quo.”

According to Hopi archeologist Lyle Balenquah, “experience [of] our ancestral landscapes aids in the understanding of what a cultural landscape really is. In an age when indigenous oral histories are continually challenged as viable sources of information … the need to defend our histories becomes paramount.”

The essays in the third section, “Our Usual and Accustomed Places,” address the fight for cultural preservation and access to public lands. It is here the reader finds essays on Standing Rock and Keystone XL pipeline struggles and how they reflect the effort to recognize tribal sovereign rights.

“I remember my father saying something in the 1970s. I think it was after I told him about Rachel Carson’s writing and he was telling me, he said, you know, when the Euro-American people came to the United States they didn’t have too much body memory of being on this continent,” Spotted Eagle recalls in an interview with Keeler. “He said, ‘as the years go by, and as they bury more relatives on this Turtle Island [the U.S. continent], their spirits are going to have a memory of this place, and they are going to become more and more what we call indigenous now.’ And I think that’s happening because they have relatives buried here. So, I think the younger generation that is coming up has an attachment to this land, finally.”

Whiteskunk says the experience of seeing her words in print was very moving. “I am certain we can bring healing through Bears Ears because in both Red Rock Testimonies and Edge of Morning there is a shared similarity to how all people view the landscape.”

Red Rock Testimony has evolved into a hardcover book titled Red Rock Stories. Information about it and Edge of Morning can be found online at Torrey House Press.