When it comes to human behavior, Kate Niles isn’t much interested in simplistic views about good and evil. She’s fascinated by the vast region that lies between – the complex shadings that make up the human psyche. 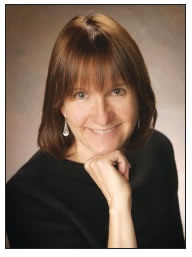 “Why are we the way we are? Novels give me the canvas to explore some of that stuff.”

Niles has spent her life studying, in one way or another, the reasons people do the things they do. She has worked as an archaeologist, anthropologist, and teacher, and is now a probation officer in Durango.

“Probation is fantastic for the gray areas,” she said, “because you are seeing people who have done something criminal, but you have a very human conversation with them. They surprise me. I love that because that’s where the hope lies, in staying with the complexity.”

Niles’ two novels, “The Basket Maker” (2004) and “The Book of John” (new this year), do not shy from complexity. The first tells the story of Sarah Graves, a young woman enduring sexual abuse and finding aid from unusual sources. ForeWord magazine gave that book its 2004 Editor’s Choice Award for fiction.

“The Book of John,” deals with a 50-year-old male archaeologist struggling with a learning disability and a troubled marriage very different material.

Yet the novels have much in common. Both are probing examinations of the human heart, gracefully written and densely psychological. Both use Native American culture to shine a light on American culture as a whole. They are steeped in the atmosphere of the Southwest – even though much of “The Book of John” actually takes place in the soggy Pacific Northwest, where John flees to live among the Makah Indians. And both deal with the theme of coming to terms with the past – whether the distant past represented by archaeology, or the individual past each person accumulates throughout life.

Niles knew “pretty early” that she wanted to be a writer. “I was probably 10 or 11,” she said. “I started keeping a journal. Then I read ‘To Kill a Mockingbird,’ and that was it. I knew I had a novel in me. But I put it on the back burner for a long time.”

The reason, she said, is she had to wrestle with her own past. “I couldn’t write a novel until I knew the story of my own life.”

That story includes some of the most horrific type of abuse any child can suffer: sexual abuse at the hands of her own father. It began when she was just 3, recurred when she was 6 or 7, and then became regular when she was 10.

Niles said she feels no embarrassment now about the incest, but she certainly did when she was young.

“I think the shame the victim feels is very, very real. It’s worse if the perpetrator is somebody you really love. That is the mindfuck that’s worse than anything else.

“This is a person in a position of trust that you love. When this happens, it’s devastating. You end up with a form of Stockholm Syndrome. A lot of stuff gets mooshed together that shouldn’t have been.

“In a nutshell, it breaks your heart. It can break you.”

Yet, like Sarah, her protagonist in “The Basket Maker,” Niles survived. “I was blessed with some things. I was from a middle- class academic family. If I had been born into poorer circumstances I might have been a borderline-personality case or a suicide or something, though there are some amazing women out there who have survived more than I have. I have been very, very blessed.”

Niles’ father was a scientist, and her mother had a doctorate from Yale. Niles’ feelings about them remain a complex mixture of love and loathing; to this day she doesn’t entirely understand their behavior. She said her father was a pedophile – “this Jekyll-and-Hyde kind of guy. I’m realizing now how sick he was.”

Her other “pretended not to know what was happening to me, but at some point she did,” Niles said. “Her response to me was jealousy. She was very messed-up – histrionic, narcissistic. Her betrayal of me was so intense – she just devoured me so that it felt very dangerous to be a girl, to grow into any kind of healthy sexuality..”

Niles found escape at school, and in the beauties of “things like Mesa Verde and the mountains, and books and libraries. They kept me from going insane.”

When Niles was 11, the family moved from Albuquerque to Southern California, where her father had grown up. The move “pulled us out of isolation” and allowed her father to “go back to his old haunts,” and the sexual abuse stopped at last.

As a young woman, Niles went into therapy and cut off communication with her parents, but she did confront them later, shortly before she got married in 1996. Her father died in 2007, and she was able to obtain “some good closure.” Her mother is still alive.

Niles incorporated her childhood experiences into “The Basket Maker,” but the book is fiction, not a memoir. She personified the Southwest’s mountains, which had helped heal her, as entities that look down on Sarah. “They serve as kind of a community to pull the girl out of this situation she was in.”

In “The Book of John,” she chose a completely different protagonist – a skilled archaeologist who feels like a fraud because he is dyslexic and relies on his wife to cover for his uncertain writing skills. John reaches a crisis when he discovers an Ancestral Puebloan site with undeniable evidence of cannibalism and realizes his work will receive more attention than ever before. Panicking, he flees the Southwest for Neah Bay, Wash., where he lives with the Makah while pondering his past and his future.

“I knew I had an archaeological story in me,” Niles said. “It was my first love and my first professional career.”

Niles based John loosely on someone she knew who did not come to grips with his shortcomings, walked away from love, and died an early death. Having become a teacher after her stint in archaeology, she had seen the devastating effects learning disabilities can have on men. “They were supposed to be tough, but many were relying on a woman behind the scenes,” she said.

In her novel, John slowly learns to accept his disability rather than hide it. “In his own awkward, dorky male way, he begins to reckon with himself. But in real life, the guy this was based on someone who couldn’t do it.”

Niles’ novels make compelling reading, but they aren’t the sort of pot-boilers that make the bestseller lists. She sometimes despairs about the future of literature. “I hear of good writers being shut out of the process because they aren’t going to make a million bucks. It adds to my kind of low opinion of the critical-thinking skills of this country, its inability to stay with more than a sound bite.”

She fears this generation is witnessing the demise of fiction, or at least literary fiction, but she continues writing for the niche audience that relishes thoughtful, nuanced works. “I guess you just do it because you have to. I try to do it so it’s deserving of an audience. There’s a bunch of us flying under the radar.”

Niles, who lives with her husband and partner of 20 years and her 12-year-old son, enjoys her work as a probation officer. She has counseled sex offenders and says “most that are considered okay for community supervision were not nearly as dangerous as my father was.”

“I couldn’t stay in academia because I was just following the path of my parents. But when I decided to go into counseling as a profession, a lot of demons came up that I hadn’t dealt with in quite the same way before.” However, she believes in confronting one’s inner torments. “If you don’t deal with what’s in you, it’s going to destroy you. You have to look the demons squarely in the face.”

Niles said she has no new book in the works, but she will write another some day. “There’s so much I want to be able to talk about in the human condition.”

Whatever she writes, it won’t be about black and white, but the gray fog that encompasses so much of human behavior.

Kate Niles will have an appearance at the Mancos Library some time in coming months – check the Free Press for details.