A peculiar situation in which Montezuma County’s longtime extension agent, Tom Hooten, was locked out of his new office has apparently been resolved.

Both Hooten and his supervisor, C.J. Mucklow, the western regional supervisor for the Colorado State University Extension Service, confirmed recently that Hooten has finally been allowed into the new office at the county annex at 107 N. Chestnut in Cortez. 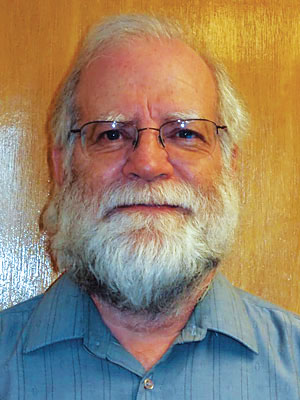 The lockout was the result of a long-running dispute between the county commissioners, who last fall voiced concerns about Hooten’s job performance.

Hooten told the Four Corners Free Press he was in the longtime extension office in the basement of the former county courthouse on Main Street on May 29 when Commissioner Larry Don Suckla came in as Hooten was sorting through materials preparing for the move.

According to Hooten, Suckla told him, “Tom, I hate to do this to you but you’re not allowed in the new building. You have the rest of this week to get your stuff out of here and CSU can do with you whatever they want.” Hooten said Suckla also told him, “Maybe you can work from home.”

Hooten said he removed his notebooks, files, and reference materials from the office, leaving behind county property and the key.

He said he later requested notice from the county in writing and received an email from Administrator Melissa Brunner stating that the commissioners were no longer providing him with office space.

The CSU Extension Service provides educational services to counties throughout Colorado. It is operated by the state, but Montezuma County contributes $108,000 annually to fund the office and pay a portion of Hooten’s salary.

A memorandum of understanding between the Extension Service and the county specifies that the county will provide space for the extension office, so Hooten said the decision to lock him out seemed strange.

“It just seemed odd to me that I was singled out. They would provide office space for the rest of extension, but not me.”

He said Suckla’s edict came with no warning. Hooten and the rest of the extension staff believed a prior dispute with the county had been worked out. A new extension director was being hired. (Kacey Riedel, a Pleasant View resident, was scheduled to start work July 2.)

“CSU was to fund the new position entirely for two years,” Hooten said. “I would step down as director when that person started. I would be just an extension agent for two years, and then I plan to retire.

“We were all cruising in that direction and then the bombshell was dropped. ‘Bizarre’ is a word that has been used.”

Hooten began working from his home, his vehicle, and the public library, while two other extension employees, administrative assistant Kathy Harris and 4-H Director Andrea Jeter, staffed the office. Hooten said he had no access to the office’s resources, office phone or computer.

On June 12, Mucklow confirmed the lockout to the Free Press but said he was working to get the problem resolved.

Hooten has been in the local extension office nearly 15 years. Prior to that he was a research associate at the Southwestern Colorado research Center at Yellow Jacket. He was appointed director of the local office after Jan Sennhenn retired in 2012.

Suckla could not be reached for comment, but he has been openly critical of Hooten since last fall.

In September, the commissioners had an executive session that included discussion of a “personnel issue” with Hooten, although he isn’t actually a county employee.

On Oct. 2, the commissioners voted to de-fund the extension office, a move that brought Mucklow to Montezuma County later that month. During a lengthy discussion with the county commissioners, Mucklow said de-funding the extension program would mean ending the local 4-H program because it is operated through the U.S. Department of Agriculture and CSU.

The commissioners said they had had numerous complaints from 4-H parents and the county fair board about Hooten. Suckla voiced considerable concern over the fact that photos of buyers and sellers in the annual 4-H livestock auction at the county fair had not yet been published in the Cortez Journal. Mucklow said CSU’s general policy is that the extension program doesn’t have responsibility for county fairs.

Suckla accused Hooten of playing chess all day in his office and repeatedly called for him to be fired. He said Hooten lacked ambition.

Mucklow said Hooten was evaluated regularly along with all extension staff, but that he couldn’t comment on his job performance because that was a personnel issue, to which Suckla responded, “He doesn’t work for me!”

Ultimately the commissioners and Mucklow agreed to several measures. The local extension advisory committee, which guides the extension office, would be revitalized and would meet quarterly. An extension agent from a neighboring county would provide oversight of Montezuma County’s office for several months. An MOU between the fair board and the extension office would clarify responsibilities for the fair. (Such a memo was signed Jan. 8.)

Suckla then said the county had never planned to de-fund the extension program, but that that was “fake news” they had put forth in order to get Mucklow’s attention.

However, during a meeting in June the commissioners said that things with the extension office had gotten worse rather than better, though they did not give specifics, and shortly thereafter, Hooten was told about the lockout.

However, Hooten later said, and Mucklow confirmed, that the county had reconsidered and was allowing Hooten into the office.

Hooten said Mucklow had written a letter to the county in mid-June contesting the lockout, and that Suckla had called Hooten on June 19 and told him he would be permitted into the new office after all.

“He spelled out what my relationship with Kacey [the new director] should be,” Hooten said. “I felt rather insulted by it because it’s all things I would do anyway. He said, ‘Work well with her’ and “use your experience and knowledge,’ things like that.

“He called back and said, ‘If she wants to try something new, don’t tell her it won’t work’. He said, ‘If she fails, we’re going to take it out on you’.”

Hooten said he asked for something in writing stating that he was allowed into the new office, and Brunner sent him an email.

Hooten told the Free Press that June 25 was the first day he was able to go to the office and begin organizing. “I’m actually enjoying it,” he said.

He will no longer be involved with the county fair, he said, which gives him the latitude to do other things. Recently, for instance, he helped a local vintner with problems he was having with his grapevines, worked with a state entomologist on bark beetles and helped FireWise of Montezuma County with a workshop.

But Hooten said he isn’t sure the entire dispute with the county has been resolved.