Saying it would prove disastrous to the local economy and schools, the county commissioners on Monday, Sept. 24, voiced strong opposition to Proposition 112, a measure on the Colorado ballot in the November general election.

The commissioners unanimously voted to pass a lengthy resolution against the proposition, which if passed by voters would greatly restrict new energy development in the state.

The initiative would mandate a setback of at least 2,500 feet for new oil and gas development from occupied buildings as well as other areas designated as “vulnerable.” Vulnerable areas are defined as “playgrounds, permanent sports fields, amphitheaters, public parks, public open space, public and community drinking water sources, irrigation canals, reservoirs, lakes, rivers, perennial or intermittent streams, and creeks, and any additional vulnerable areas designated by the state or a local government.”

The commissioners allowed public comments regarding their proposed resolution, though they said they were not conducting a public hearing.

M.B. McAfee of Lewis, who is running for a seat on the county commission, questioned several aspects of the resolution while saying she was not speaking for or against it per se. She raised the issue of transparency because the full resolution had not been made available publicly prior to the meeting, although it was displayed on a viewscreen during the discussion.

“When you’re allowed to speak about something, that would be called transparency,” said Commissioner Larry Don Suckla.

“But I don’t have this in front of me,” McAfee said. “I’m looking at it on a screen in bits and pieces. You might have attached this to the agenda. I’m just saying there are other ways to do this.”

She also questioned the final part of the resolution, which states, “Be it resolved that the Montezuma County Board of County Commissioners unanimously oppose Proposition 112 and encourage our local voting residents to vote no.”

“I’m not sure that’s the role of a resolution,” McAfee said. “I think the last phrase [encouraging ’no’ votes] is very out of line.”

Suckla said Proposition 112 had come up at recent debates for the county-commission candidates and that McAfee had voiced her support for Proposition 112. “What would be the difference?” he said.

McAfee said she had merely been giving her views after being asked directly and she was not urging people to vote one way or another. “You didn’t hear me at the debate asking everybody else to share my opinion, I don’t think.”

Commission Chair James Lambert said it is the responsibility of the commissioners “to deal with the welfare of Montezuma County.” He said, “This proposition, if it’s passed, will be extremely detrimental to Montezuma County.”

But McAfee insisted it wasn’t appropriate to include language telling people how to vote within a resolution and if the commissioners wanted to encourage people to vote against 112, they could do it in a newspaper column or on the radio.

Jim Candelaria, who is running for the same seat on the commission, then noted that the events that had been held for the candidates had been forums rather than debates and he had been asked the same question about Proposition 112. He said he supports the commissioners’ resolution “because of what this proposition is going to do to us in Colorado.” He added that 2,500 feet is an arbitrary number.

Christi Zeller, executive director of the La Plata County Energy Council, said she had written the resolution and urged the commissioners to pass it. She said Proposition 112 would virtually shut down future oil and gas production in the county and estimated it would be a loss of $6 million to the annual budget. She said schools will probably be the most impacted.

“I highly support making people understand how devastating this will be for Montezuma County,” Zeller said.

Dexter Gill of Lewis said the proposition constitutes “a total violation of personal property rights of individuals and corporations in the state of Colorado” and that it would be destructive to the local economy.

County Planning Director LeeAnn Milligan said there are many mineral owners in the county and they have a right to be able to profit from their mineral ownership. She said the detrimental effects of carbon-dioxide production are minimal compared to oil and gas development.

James Dietrich, the county’s federal-lands coordinator, said that if a 2,500-foot setback were implemented around all occupied structures and vulnerable areas, almost the entire county would be off-limits to energy development. The county has more than 12,000 occupied structures, he said, as well as numerous lakes, ponds, drainages, streams and irrigation canals that would be considered “vulnerable areas.”

He said although the measure doesn’t apply to federal lands, he expects the federal agencies would begin applying the restrictions anyway.

But Ellen Foster of Dolores, noting Lambert’s comment about protecting county residents, said, “A lot of people who live within 500 feet of a well site don’t feel they have been protected.” She reminded the board of a 2017 explosion resulting from an uncapped natural-gas line in Firestone, Colo., that killed two people. She said she would not want a well site within 500 feet of her home.

“They can put one 20 feet from my house!” responded Suckla.

Commissioner Keenan Ertel said he had seen an operation in Parachute, Colo., no more than 1,000 feet from a large neighborhood. He said the energy company had put walls around the site “and you couldn’t hear, smell or see anything but a big brown wall.”

“I think oil and gas in this state is making every effort they can possibly make,” Ertel said.

Foster said not every company does the same thing.

“It has to be financially feasible,” Ertel said.

Suckla said Kinder Morgan, the carbon-dioxide giant operating in Montezuma County, had donated 24 laptops to an area school. “The haters of Kinder Morgan – how much do they donate to the schools?” he said.

“I haven’t given a single one,” Foster said.

Foster said quality of life is an important part of property values and proximity to an energy operation could lower the value of one’s home.

Lambert said the supporters of Proposition 112 are “messing with people’s emotions.”

Foster asked whether emotional issues should never be considered. “So everything should be decided on money?” she asked.

She said a study in Garfield County had found detrimental health impacts resulting from energy development.

But Suckla said that was debatable and that the benefits to Garfield County from additional revenues – such as paved roads and a flourishing hospital – would outweigh negative impacts.

Gala Pock of Lewis said if the oil and gas industry were sincere about working with landowners and mitigating detrimental impacts, it would not be so resistant to new regulations on methane. That prompted a discussion about the methane “hot spot,” a concentration of the greenhouse gas that hovers over the Four Corners. Lambert said the hot spot is “mainly from coal underground,” while Pock disagreed, saying much of it is the result of leakage from energy sites.

Pointing out that Democratic gubernatorial candidate Jared Polis opposes Proposition 112, Suckla said Colorado has “the liberalest man running for governor and he’s against it.”

The board then voted 3-0 to pass their resolution against Proposition 112. The outcome of their vote had apparently never been in doubt, as the resolution itself stated they were “unanimously” opposed. 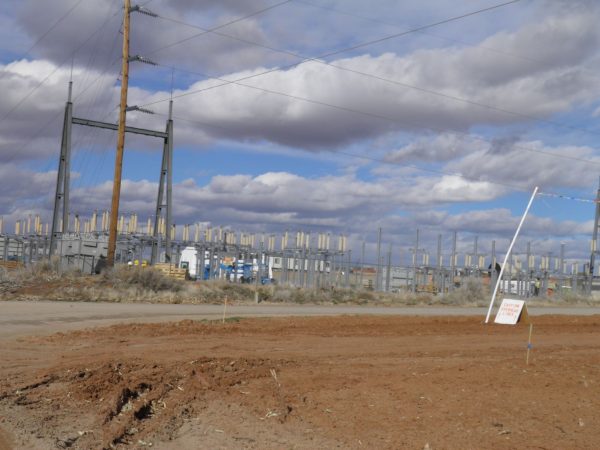