Russell Dewey Brown, former publish­er of Cortez Newspapers, passed away in Farmington, New Mexico on May 13, 2021. He was 92.

Russell was born to Dwight and Mildred Brown in 1929. After graduating from Cor­tez High School, he joined the U.S. Navy and spent time on the USS Missouri. He gradu­ated at the top of his class and had a choice to serve anywhere he desired. His choice was to see the world on the USS Missouri. 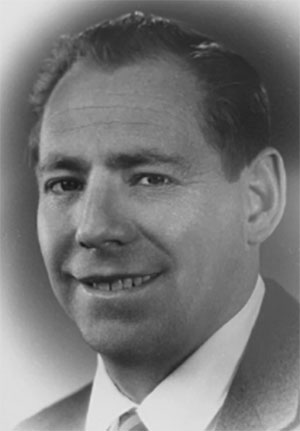 After completing his service in the Navy, he attended Western State University, where he met and married Patsy Howard in 1953. They moved to Columbia, Missouri, where Russ received his degree in journalism. Russ and Patsy returned to Gunnison, Colorado, where Patsy finished her education. They moved back to Cortez, where he was able to revive a struggling family newspaper and turn it to a very successful newspaper enter­prise in Southwestern Colorado.

In 1962 Russ and his family took an ad­venture to Anchorage, Alaska. Russ started as an advertising salesman and shortly was promoted to the advertising manager. While in Anchorage, the family witnessed the 1964 earthquake. Russ was able to hitch a ride with a military helicopter surveying damages of the earthquake. One of Russ’s pictures was nominated for a Pulitzer Prize. Again the family newspaper called and Russ re­turned to Cortez to help with the newspaper.

After setting the newspaper on the right path, Russ was able to pursue many business interests, and was responsible for bringing cable TV to Cortez. He was an accomplished pi­lot and accumulated an extraordinary amount of flight hours for a private pilot.

Russ felt obligated to the people who ad­vertised in the newspa­pers and strived to give back through commu­nity service in organiza­tions such as the Cortez Chamber of Commerce and the Rotary Club.

Russ was preceded in death by his young son, Michael Clark Brown, who passed away in 1961, and his wife, Patsy Ruth (Howard) Brown, who passed away in 2018. Russ leaves behind his pres­ent wife and caregiver, Peggy Marie Traller, his son, Charles Brown and his wife Janice Brown, his daughter, Tammy Kingman and her hus­band Steve Kingman, 5 grandchildren-Treona, Courtney, Casey, Carly and Randy and 5 great-grandchildren-Brooke, Charleigh, Callan, Raelyn and Clay.